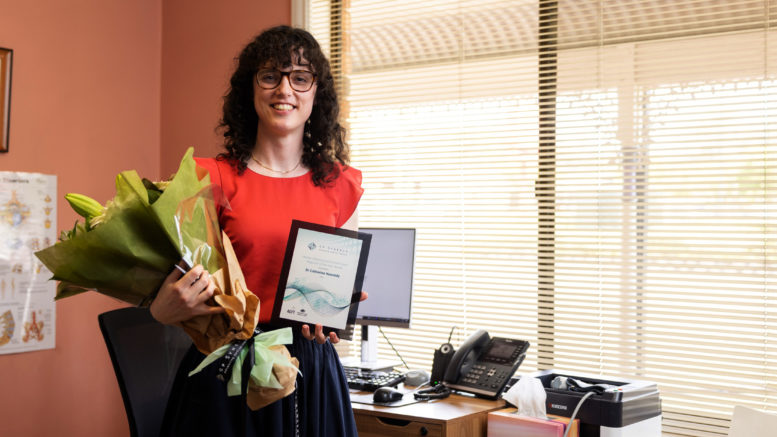 GP Synergy is the sole provider of the federally funded Australian General Practice Training (AGPT) program for doctors seeking to specialise as General Practitioners (GPs) in NSW and ACT.

Kennedy, who works at Jacaranda Family Practice in Wyoming where she undertook the later stages of her training, has a commitment to quality general practice education and training.

“I chose to become a GP because I love the continuity of care, and the ability to care for the whole family,” she said.

“The best thing about GP training was getting to know my patients and their families and working with them.

“I’ve been very well supported by my practice and its fantastic to work with such a great team at Jacaranda Family Practice!

“To have been nominated for this award was lovely and to win was a great surprise.

“This award is a nice reminder that my hard work and resilience were noticed and appreciated.”

“GP registrars have undertaken nearly 255,000 consultations across the Hunter, Manning and Central Coast training region in the first half of this year alone,” she said.

“GP Synergy is delighted to recognise Dr Kennedy as the 2021 Registrar of the Year.

“With more than 250 registrars currently training in accredited general practices across the Hunter, Manning and Central Coast region, Dr Kennedy’s achievement is certainly something to be proud of.”