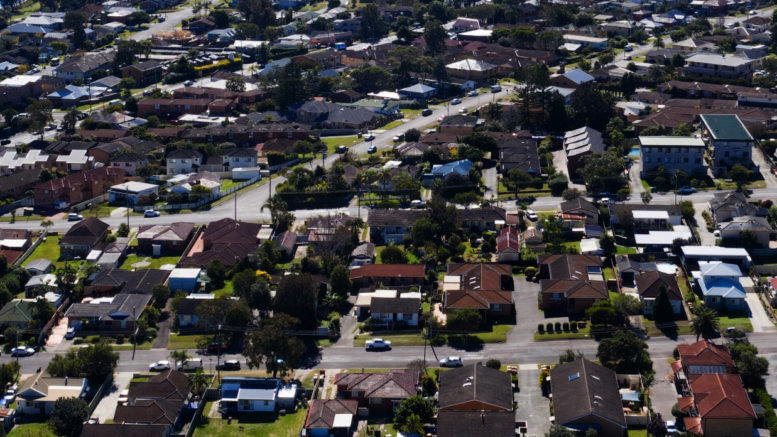 An independent report released this week on how the NSW planning system can address housing supply and affordability in regional communities has met a mixed reaction on the Central Coast.

Parliamentary Secretary for the Central Coast and Member for Terrigal, Adam Crouch, said boosting housing supply will be crucial to supporting the growth of the region as more and more people realise the benefits of living outside Greater Sydney.

“It’s anticipated that an additional 95,250 people will be calling the Central Coast region home by 2041,” Crouch said.

“I want to thank everyone who made an online submission or took part in virtual meetings with the Regional Housing Taskforce and its chair Garry Fielding.

“These ideas, advice and feedback have been heard by the Taskforce and have helped shape the recommendations which have been put forward.

“Now that the report has been finalised, and the Taskforce has put forward recommendations for the NSW Government to consider, I look forward to seeing how we plan to support and respond to the needs of our Central Coast community.”

Member for Gosford, Liesl Tesch, said the report does nothing right now for many locals who are priced out of the property market, those who are paying higher and higher rent and the thousands of locals who are on the social housing waiting-list or roughing it on the streets.

“No wonder so many in our community find it unaffordable to live here.

“This crisis is the result of 10 years of inaction by the NSW Liberal Government (which continues) to sell public housing faster than rebuild it.

“The report isn’t worth the paper it’s written on unless the NSW Liberal Government decides to end a decade-long negligence of this crisis and act now.”

Caine King, Chair of the Central Coast Chapter of the Urban Development Institute of Australia (UDIA), said the organisation was pleased to see the emphasis on supporting “development-ready” land.

“We need to get the best use out of the land that has been identified for development through the strategic planning process including land that is already zoned for housing,” King said.

“‘Development-ready’ means appropriately zoned land that has infrastructure and biodiversity arrangements in place, otherwise that land is never going to deliver housing.”

“Until now, the regions have struggled to address these issues,” he said.

“We’re pleased that the taskforce recognises the regions need better cross-government coordination and more proportional investment so this ongoing regional housing crisis can be addressed.

“The current biodiversity legislation is delivering sub-optimal environmental outcomes and at the same time represents one of the greatest uncertainties for a land development site on the Central Coast.

“This has become an acute problem since the implementation of the Biodiversity Conservation Act 2016 (BC Act) and changes are needed to the biodiversity regulatory system to provide both improved conservation outcomes and more effective planning for future jobs growth supported by an adequate and affordable supply of housing.”

King said UDIA is pleased to see the recognition that the regions need better coordination and funding and that biodiversity issues are becoming a major constraint on delivering adequate and affordable housing supply for the regions.

“We believe the Central Coast should have an Urban Development Program (UDP) Committee which will play a central role in aligning infrastructure with housing and we call on government to quickly implement the taskforce recommendations with adequate resourcing to support good growth on the Central Coast.”

The Community Housing Industry Association NSW (CHIA NSW) says the report confirms that the state can’t address the housing crisis in the regions and get families off the social housing waitlist without drastically increasing social and affordable housing supply.

It welcomed a suite of recommendations for all levels of government to increase the availability of social and affordable housing.

“The Regional Housing Taskforce report is a much-needed reminder for the Perrottet Government that the housing crisis will not solve itself,” CHIA NSW chair, Mark Degotardi, said.

“The reality is that social and affordable homes are the only kind these families can afford.

“Without direct government investment to build these homes, they have nowhere else to go.

“It’s one of the biggest economic challenges facing our governments, but the non-profit community housing sector is ready to help get the job done and build the homes Australians need.”

As well as its five key recommendations, the taskforce also says there needs to be an ongoing program to deliver new and renewed social and affordable housing supply through state government partnerships with community housing providers and local councils.

The report also calls for a review of State Government funding to support social and affordable housing supply.

Degotardi said it was heartening to see the taskforce also recognise the crucial role of Federal Government in making sure Australia builds the housing people need.

“Commonwealth policy levers have a massive impact on social and affordable housing supply, as well as the affordability of home ownership,” he said.

“The Federal Government should go another step and revitalise its own direct investment.

“Commonwealth housing supply has been dwindling for decades, right when it’s needed most.”

Shadow Minister for Housing, Rose Jackson, said the report is a “wake-up” call for the NSW Government.

“These recommendations are a step in the right direction but we need to ensure this report doesn’t sit gathering dust,” she said.

“Urgent action was needed years ago and the problem will only get worse unless there is less discussion and more action.

“Without an immediate plan of how the NSW Government will respond, this report will provide little comfort for thousands of families in our regions who are under significant housing stress right now.”

To view the report go to https://www.planningportal.nsw.gov.au/regional-housing.