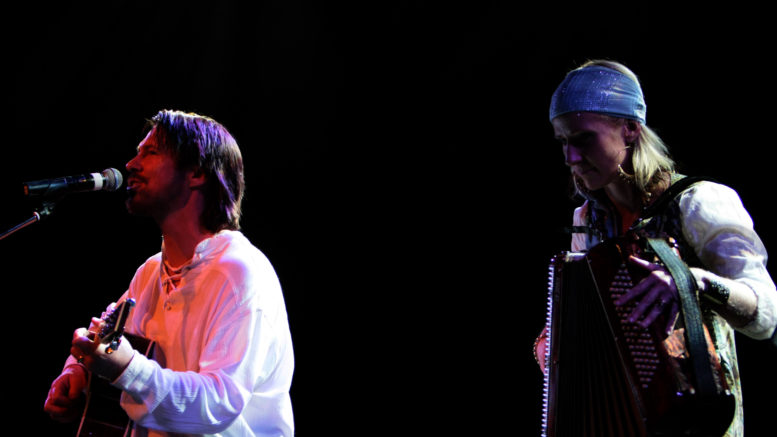 Darren Coggan in Remember the Days of Cat Stevens

A homage to Cat Stevens, called Remember The Days of Cat Stevens starring Darren Coggan is coming to the Art House in March 2022.

The tribute show was initially slated for a tour earlier this year but was postponed due to the COVID outbreak and has been rescheduled for March 19.

Coggan has been described as a masterful storyteller who is considered one of Australia’s most exciting and diverse artists.

He has carved an impressive career in the Australian country music industry with a swag of Golden Guitars under his belt.

Coggan said that there was something ethereal about the music of Stevens.

“He inspired generations, and his music still has as much impact today as it did when he first penned songs such as Peace Train, Moonshadow, Wild World, Morning Has Broken, Where Do The Children Play and Father and Son,” Coggan said.

For Coggan, paying homage to Stevens is a privilege.

“I was inspired by his story and his incredible catalogue of timeless songs and felt that it would also inspire others.

“The songs say something, ask questions, make statements, they have intelligence, poetic lyrics and musically, while simplistic in presentation, they are very complex and always fun and challenging to perform.

“I do love this show and never tire of performing the songs.

“I love how I can continue to find new interpretations of his lyrics.

“I love seeing the reaction from the audience each night and seeing them all stand up with an ovation, something I’ll never take for granted,” Coggan said.

When creating the show, Coggan said he felt a weight of responsibility to do justice to Stevens’ music and his story.

“The performance is very intimate and personal and the inclusion on this tour of a stringed quartet will bring another beautiful dimension to these already exquisite songs.

“There are some personal reflections on the experience I had being invited to London to meet with the great Cat Stevens in 2007, where I heard first-hand some of the many anecdotes and stories that I have enjoyed sharing with
our audiences over the past 10 years.

“This new production also highlights how relevant Cat’s timeless songs and messages of peace, tolerance, and understanding are in our world today, perhaps even more relevant than when they were first written back in the 70s.

“Our audiences obviously come expecting to hear those timeless songs of Cat Stevens, but I think they walk away with so much more, a real insight and understanding of who he was and his eternal spiritual search for fulfillment,” Coggan said.

He believes there is more than just the music to inspire about Stevens, it is his story and his outlook on life.

“Perhaps the greatest thing I took home from my meeting with Stevens was the realisation that we all have the ability to make changes in our lives, should we not be content with who we are or where we are.

“At the height of his career in the late 70s, he was very discontent with the excesses of fame and fortune, and he did something about it, he put down his guitar and walked away.

“Every generation has the ability to change their world, and I pray that we have the courage to face up to the realities of our time and let ourselves feel deeply enough so that it transforms us and our children’s future,” Coggan said.

Coggan has been performing professionally since 1995 after winning the inaugural Trans-Tasman Entertainer of The Year on Norfolk Island.

He won the prestigious Toyota Star Maker Quest in 1996 and received a Golden Guitar at the Country Music Awards in 2001.

He has starred in shows such as Out and About – The Great Aussie Pub Tour, All Saints, and he is currently a presenter on Sydney Weekender for Network 7.

Tickets for Remember the Days of Cat Stevens are on sale now, and ticketholders from the cancelled dates are encouraged to hold on to their tickets as they are still valid for the new date.

Tickets can be purchased on the Art House’s website.