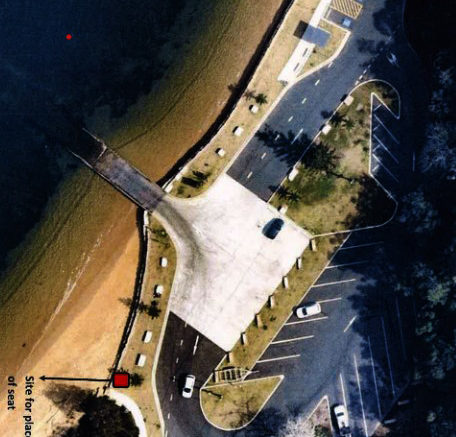 A memorial seat will be installed near Dark Corner in Patonga to honour the late Malcolm Waters following approval by Central Coast Council Administrator, Rik Hart.

Shirley Waters applied to Council to install a memorial seat on the grassed area, adjacent to the boat ramp at ‘Dark Corner’, Patonga Dr, in memory of his extensive contribution and outstanding voluntary service to
the community.

The request was subject to a Council report in accordance with the ‘Policy for Memorial, naming of Council Facilities and Donations of Park Furniture and Trees’ any requests received are subject to a report to Council.

“A review of the application and attachments provided by Mrs Waters has determined that all requirements of the Policy have been met, including her confirmation that she will be responsible for the cost of purchase, installation and ongoing maintenance of the seat,” the Council report said.

The application was supported by letters from Patonga Beach Progress Association Inc, The Australian Red Cross and Meals on Wheels Central Coast.

A plaque will be provided by Mrs Waters in the size stipulated within the Policy and wording will recognise the contribution of Mr Waters to the Central Coast community.

The Waters purchased a property in Patonga in 1990 which they used extensively as a weekender until the original home was replaced in 2003 and it became their permanent residence in retirement.

Malcolm Waters was the father of five sons.

He obtained a scholarship from Legacy and completed a law degree from Sydney University in 1956.

Shirley joined his busy law practice in 1977 and said he still had time to volunteer once a month as a duty solicitor at Minda Children’s Courts in Sydney to appear on behalf of children who needed legal representation.

He gave up court work in the early 1980s due to hearing problems.

When Malcolm retired in 2003, he saw a local newspaper advertisement for volunteers for Meals on Wheels where he set about delivering meals for 15 years, not giving it up until he was 85.

Another newspaper advertisement encouraged him to also volunteer at the Gosford Red Cross teleservice.

For the next 13 years he called a designated person each morning at 8am to check on their wellbeing.

In the latter years of his retirement Malcolm suffered from poor health but he never let that get in the way of his volunteering.

“Malcolm’s youngest was 18 months old when he arrived in Patonga and he spent practically every weekend in his boat or playing with his youngest son on the shores of Patonga,” his wife wrote in support of her application for the memorial.

“He loved this place with a passion – he admired its beautiful shores and the National Park which encompassed it.

“In his latter life he also enjoyed a weekly drink on ‘locals night out’ at the pub in Patonga where he was widely known and respected.”

Public inquiry to be held and Council to remain under administration