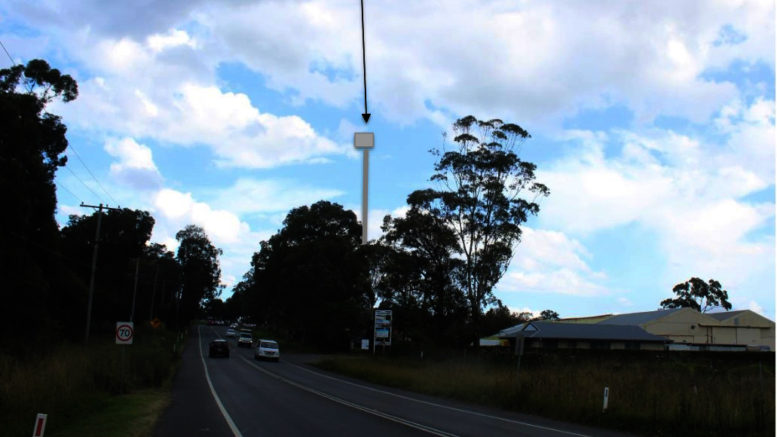 Visual illustration of the proposed telecommunications tower in Wyong

Optus plans to improve its service to Wyong, Wadalba and surrounding areas by installing a new telecommunications tower at Wyong.

The company has lodged a development application (DA) with Central Coast Council to install a new 25m tower and base station at 458 Pacific Highway.

Optus says it will include the use of 5G technology and enable more people to connect in more places with access to high-speed internet.

After identifying the need for improved network performance in the Wyong/Wadalba area, Optus explored the possibility of co-locating on existing telecommunication infrastructure but concluded that would not be a satisfactory outcome.

The proposed site is on a vacant portion of privately owned property in a commercial zone with a clear divide between land zoned residential.

In relation to public safety and Electromagnetic Emissions (EME), Optus says it co-operates within the operational standards set by the Australian Communication and Media Authority and Australian Radiation Protection and Nuclear Safety Agency.

They are organisations responsible for protecting the health and safety of both people and the environment from the harmful effects of radiation (ionising and non-ionising).

According to the SEE, the EME report associated with this site shows that the maximum predicted EME levels will equate to 3.76 per cent of the maximum exposure limit, well below the Australian Standards.

The SEE says there are no major environmental impacts likely to occur which could render the construction and operation of the proposed tower and base station unacceptable, and the proposal satisfactorily meets the requirements of the relevant state and local planning instruments and polices.

This development application (762/2021) is part of an overall nationwide rollout by Optus to deliver an improved and more reliable telecommunications network to cater for the growing demand for mobile phone services.