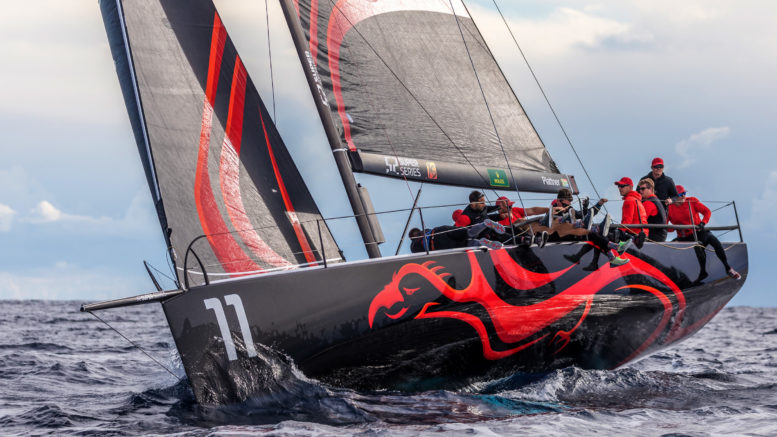 The 2021 52 Super Series has concluded off the coast of the Reial Club Nàutic de Palma (RCNP), Illes Balears, Spain, with victory a flash in the pan for Tom Slingbsy and the crew aboard Phoenix.

The three event Series was completed off the Bay of Palma with the TP52 World Championship RCNP from Tuesday to Saturday, November 2 to 6.

A lead for Phoenix after the first two days was disrupted by the late comeuppance of Sled, Quantam Racing and Platoon.

At the end of a tumultuous and unpredictable week of weather, the Super Series overall leader board reflected almost entirely the results of its final event, perhaps owing to the reduced schedule due to COVID-19.

Phoenix had a perfect start to the competition with two wins on the Tuesday but the squad’s results worsened throughout the week.

“I saw a photo from the start at the gun – I think we were a foot behind the line and we were doing about nine knots,” reported Slingsby after his team’s opening win.

“That’s as good as you want it but it was brave … we were a long way ahead of all the boats around us, so maybe risk management will come into play a bit more now we’re doing pretty well.”

Wednesday finished with Phoenix still leading in the World Championship, yet their sixth and seventh place finishes allowed Sled to move up into equal first on 15 points.

Following improvements resulting in two third placements kept Phoenix active in the tight top four, but Friday brought a sixth and fifth place finish to drop them down to the bottom end of this internal contest.

The gale force Mistral winds on Saturday prematurely closed the competition and granted Sled their double win, both of which were achieved above Quantum by only a single point.

The conclusion was a disappointment for the professional Phoenix team with an Olympic Gold medallist as tactician.

Slingsby will need to keep his composure as he prepares for the Sail Grand Prix penultimate showdown on Sydney Harbour, December 17 and 18.