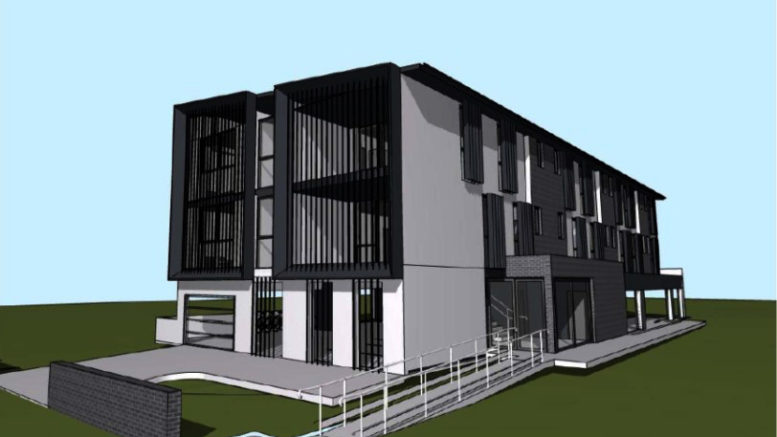 Neighbours are strenuously objecting to a 24-room, three-storey boarding house proposal at 33 Dening St, The Entrance.

Surrounding neighbours are most concerned that they were not formally notified of the proposal by Central Coast Council and that there has been no community consultation.

“People only became aware of this proposed development at the 12th hour because of an article in the local paper, the Coast Community Chronicle on November 17, which stated that the cut-off date for submissions was November 19,” said Christene Butler.

“There was no development proposal signage on the block and no formal notification received by not only me, but a majority of people who live in the area that would be impacted by this development,” she said.

In several submissions already lodged, the resident concerns include that the site was too small for the number of units and the size of the building which was out of proportion and character with the surrounding housing mix.

They are also concerned about the social impact on the area because of the temporary short-term nature of boarding house tenancy among long-term senior citizens, as well as families who have moved in, all looking for long-term stability and security.

“While I agree that low-income affordable housing is necessary, it is equally important to build it in the right suburb, and in this instance, it is in the wrong place,” Butler said.

“The Entrance is a holiday destination, a hub for retirees and young families.

“If built in the right area that enables the people housed to access the services they need, such as transport, employment and health services, this type of accommodation has purpose and is a steppingstone for them to move on in the community and succeed.

“Building this at The Entrance, in Dening St, is not going to achieve this and is setting them up to fail.

“Employment opportunities are scarce … local businesses have been forced to close due to COVID and many social services have been relocated to Gosford and Tuggerah which are both a 90-minute trip by bus which is the only public transport available at The Entrance.

“Historically, people who are tenanted in boarding house accommodation are disadvantaged so housing them in an area that offers no means of elevating themselves just disadvantages them even more.”

Butler said the Social Impact Statement with the DA was flawed and had failed in its duty of care as it stated that there was no site visit.

“How can they form an opinion on the impact on a neighbourhood without an appreciation of the neighbourhood and surrounding area,” she said.

Butler also claims the traffic and parking assessment is inaccurate and misleading because the data was gathered in June 2021.

“This development proposal is ill conceived as the supporting documentation is flawed, out of date and based on faulty data.”