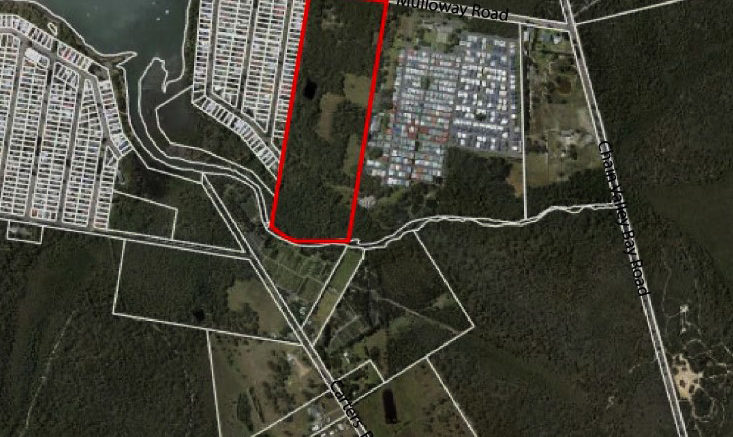 A fresh concept plan for a 16.5ha site at Chain Valley Bay has been placed on public exhibition, closing November 28.

The parcel of land at 15 Mulloway Rd, Chain Valley Bay, sandwiched between the Teraglin Lakeside Village to the north and Valhalla Village to the east, will be developed into a new site with 93 new residential lots.

Transport infrastructure is addressed in the proposal, with indication that Roads and Maritime Services will not support the creation of additional lots requiring access to the Pacific Highway/Chain Valley Bay Rd intersection until it has been upgraded with either traffic lights, or a roundabout established prior to the first stage of the development occurring.

This latest proposal, which follows on from other applications lodged since 2017, now includes an extension of the existing E2 Environmental Conservation zone and a north-south local wildlife corridor.

The site forms part of a local biodiversity corridor and it is recognised that the loss of some of this habitat will have to be offset.

Several options in relation to the ownership and management of the proposed E2 Conservation land have been considered, with the preferred outcome stipulated as private management, as opposed to Council, or National Parks managed.

On the table is a shared pathway on Mulloway Rd, along the western boundary of the site, to the E2 zoned land adjacent to Karignan Creek, which will eventually join a new shared pathway connecting to the creek footbridge.

According to the proponent the plan is in step with the Central Coast Council Local Strategic Planning Statement (LSPS), which was adopted by Council on June 29, 2020.

Submissions will be received by Central Coast Council until 5pm on November 28.