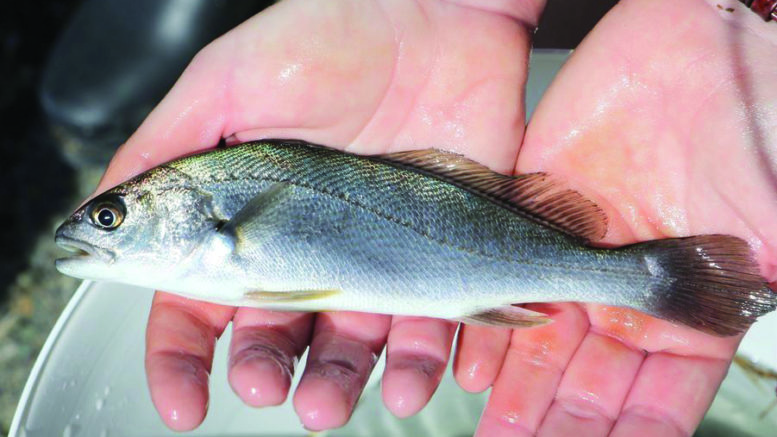 NSW Fisheries recently released a swag of fingerling mulloway to boost stocks and started a two-year trial permitting the use of crab traps in good news for recreational fishers on Lake Macquarie.

About 1,000 advanced size mulloway, which were bred at the Port Stephens Fisheries Institute marine hatchery, measured 15cm-20cm on release.

These fish are larger than the fingerlings typically stocked and are expected to grow quickly, reaching legal size of 70cm in about three to four years.

Highly regarded as an iconic sportfish, mulloway are a key sportfishing target in Lake Macquarie and this recent stocking will boost existing populations of mulloway in the lake.

Crab traps are permitted on a two-year trial, where previously Lake Macquarie was closed to any trapping method, other than a bait trap.

This longstanding crab trap closure from the 1970s is a legacy of commercial hauling activities to prevent haul nets becoming snagged on crab traps.

Crab traps are allowed in Lake Macquarie water where recreational nets such as hoop nets and witches hats are permitted, but not in high boat traffic areas or navigation channels.

The maximum entrance width of crab traps is not to exceed 32cm to avoid the risk of turtle entanglement.

The entrances of wide-mouth crab traps, such as collapsible rectangular traps, can be reduced using a cable tie, cord or similar and this will still enable crabs to enter the trap but will restrict entry of non-target species such as turtles.

The trial permits fishers to use, and be in possession of, a maximum of two crab traps, in addition to four hoop nets or witches hats.

A float or buoy, not less than 100mm in diameter, is to be attached and labelled CT, initial and surname, year of birth, and postcode of the person who sets, uses or lifts the fishing gear.

The minimum height of the float should be at least 50mm above the water with all letters to be a minimum of 15mm and in a colour contrasting to the buoy.

There must also be a 50g weight attached to the float/buoy line so that no line is floating on the surface of the water.

Any fish caught, other than crabs, must be returned to the water.