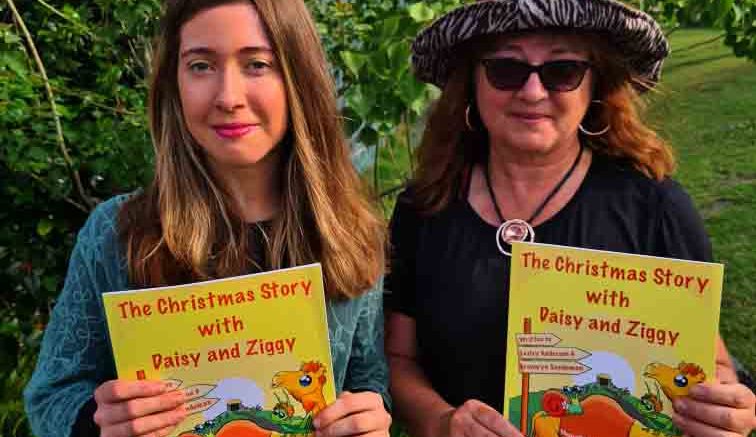 Lisarow mother and daughter, Bronwyn and Ella Sandeman, have published and released their book The Christmas Story with Daisy and Ziggy.

The book tells the story of how Christmas began through the eyes of onlooking insects and explores the full biblical story of the birth of Jesus and the early years of his life.

Bronwyn penned the book aimed at children and Ella provided the illustrations.

Bronwyn said that it felt surreal to have the book published and available for sale.

“This has been years in the making and it’s amazing.

“My family have been tickled as no-one else has done this in our family before,” she said.

“Already I’ve got an order for 80 books placed which I will be selling on and selling copies to schools.

“I’ve been contacting schools who are interested in buying a copy, and I already have four lined up.

“There are a few local book stores that have also expressed interest in stocking it, and I’m also going to go around to all the libraries,” Sandeman said.

The book was published by Balboa Press in October and is currently available on Booktopia and Amazon.

Bronwyn also said that this won’t be the only book she writes.

“She is currently illustrating a book called Tina’s Purple Power which was written by Sister Marea Ross.

“Ella’s an illustrator, and I’m a story teller, so we’ll be working on more children’s books in future I think,” Bronwyn said.