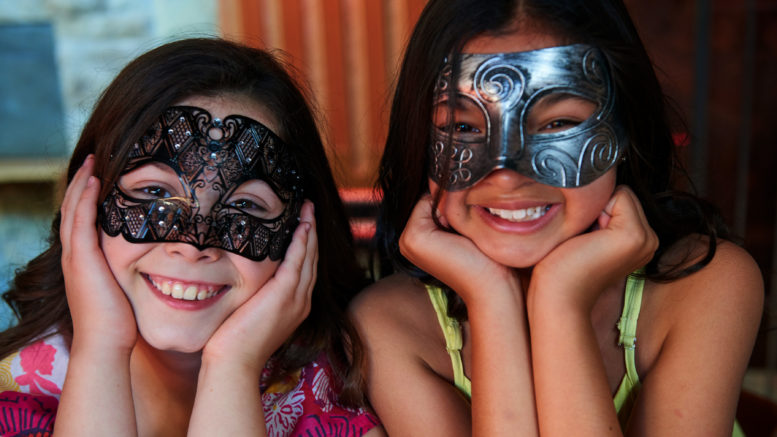 It’s almost a wrap on the set of a new adventure film shot in Ettalong and to be premiered at Cinema Paradiso next February.

‘The Old Silver Key’ started filming at The Galleria and at Cinema Paradiso on October 25 after lockdown caused the production to be pushed back several months.

The short film details the story of two children who ‘journey through a magical labyrinth of stores and cinemas’ and become friends whilst navigating a pandemic lockdown.

Woy Woy-based producer, director and writer, Guillermo Martin Sepulveda, said the family-friendly film has remained hyper-local with many of the production team heralding from the Central Coast.

“Our cast is also made up of a number of actors from the Coast, including our two amazing child actors who lead us through the journey.

“We filmed for four days straight with 12-hour days … we just need to do one more half day filming to finalise the principal photography and then we will go to the editing suite and start cutting.

“We will hopefully have the film out in February, and we have been guaranteed a cinema release at Cinema Paradiso complete with a red-carpet event.

“We are also negotiating with other cinemas for its release.

“We want to get families back into the cinema to watch and enjoy cinema, and to see cinema that has been shot and based around where they live.

“That’s been our primary focus.”

Sepulveda said the production has been supported by local cafes to help cater during filming days.

He also said that due to a ‘very small’ budget of $15,000, the production would be grateful for any further community support.

“We’ve had some amazing local business support to make it all happen …business has come together in these times,” Sepulveda said.

“It’d be great to have some more support from locals and businesses – a lot of people are working on the film free of charge because the love the project and want to bring film to the Central Coast.

“They want to help manifest the idea that we can create things here on the Coast from our own initiative and move forward to create groundswell for filmmaking in the area.

“We’ve been given tax deductible status from the Australian Cultural Fund to raise for our independent budget so any donations would be tax deductible.”

More details about the festival are expected to be announced soon.

For further information or to give your support to the local film production, contact Sepulveda at guillermo.m.sepulveda@gmail.com