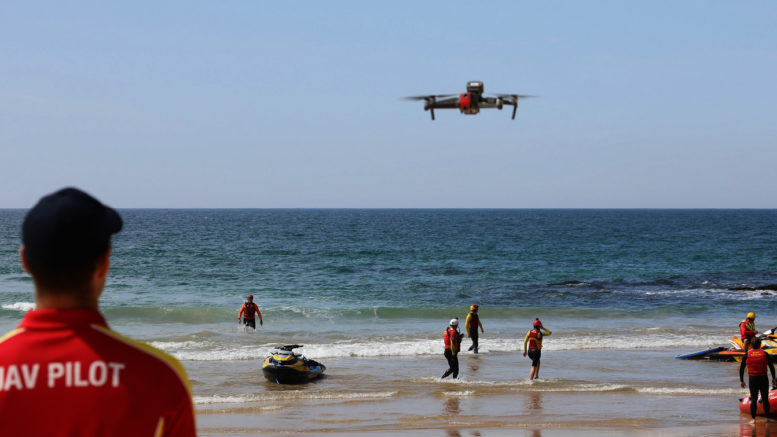 Volunteer lifesavers will be virtually taking to the sky to patrol local beaches this summer.

The Surf Life Saving Central Coast Drone Program will enhance surveillance along the coastline and support beach patrols with early detection of rescues outside of the flagged area.

In its first season of operations, Support Drones will be located at The Entrance, Avoca and Ocean Beach Surf Clubs.

These locations have been carefully selected based on the need for surveillance across the location and surrounding coastline.

The first course will see nine volunteer lifesavers undertake a two-day intensive course which will provide them with accreditation to operate the drones.

The course takes the participants through the regulatory and safety requirements of flying a drone in public spaces and how to operate the drone in a safe matter.

CEO of Surf Lifesaving Central Coast, Jon Harkness, said the beaches selected for drone patrols were chosen based on their marine activity and open space for launching and landing the drones.

“At the moment, the drones are at Avoca, and North Entrance but for this season it will be moved to The Entrance to oversee the channel, and it’s being expanded to Ocean Beach.

“Nine of our volunteers who were selected though an expression of interest will be learning how to use the drones safely.

For the 2021/22 Surf Life Saving season, every coastal local government area along the NSW coast will have at least one drone patrol location.