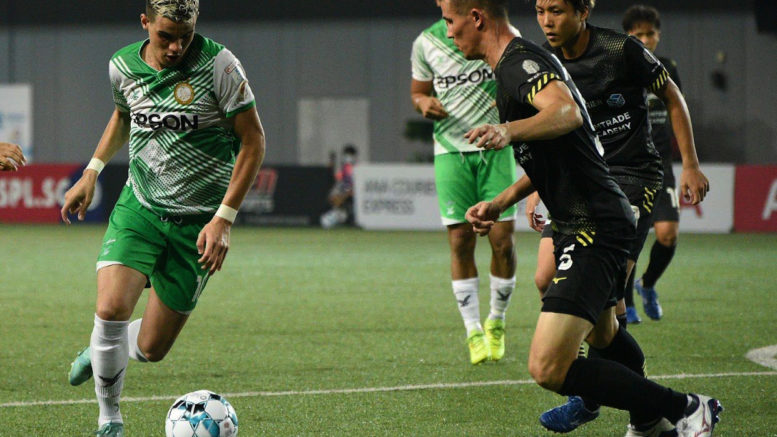 The Central Coast Mariners have announced their final international signing ahead of the 2021/2 A-League season, securing Brazilian striker, Matheus Celestino Moresche Rodrigues, on a two-year deal.

Commonly known as Moresche, the 23-year-old from Rio de Janeiro has come to Australia only three weeks fresh from the completion of the Singapore Premier League season where he played for Geylang International FC.

Although disappointed with a sixth-place table finish, Moresche was responsible for 11 goals and four assists throughout 21 games, making him the team’s most prolific goal creator all season.

In 2020, Moresche played for FC Torpedo-BelAZ Zhodino in the Belarusian Premier League, this being his first experience of professional football outside his home nation.

Prior to this in Brazil, youth experiences with Botafogo, Corinthians Paulista and Vasco da Gama prepared him for his debut with his national youth team.

On Monday November 1, Moresche finally found himself in the Central Coast after two weeks of quarantine and is expected to be commencing his training throughout this week.

“I am really looking forward to playing football in Australia,” Moresche said.

“From what I have seen, the Mariners seem like a great family club and I can’t wait to get started on Monday.

“Nick (Montgomery) is a very knowledgeable and professional coach that I am really looking forward to working with this season.”

Although going without the long end-of-season rest afforded to his new team-mates, Moresche will be preparing for a potential debut against Blacktown City FC in their FFA Cup clash against the Mariners on Saturday November 13.

Gaffer Montgomery is also excited to get his newest signing on the pitch and hopes his youth will balance well against the experience of fellow frontmen, Matt Simon and Marcos Ureña.

“Matheus was brought to my attention a few months ago by a trusted friend,” reported Montgomery.

“With interest in him gaining momentum from other clubs we wrapped up his signature after both parties agreed the Mariners was the best option for him.

“I am excited to see what he can do for us this year, and if he unlocks his full potential and settles in well, there is no reason as to why he cannot be one of our best players and keep his great goal scoring stats going.”

With Moresche joining the Mariners, the club has reached their visa spot limit of five international players, a process involving two departures and now a fourth arrival since June.