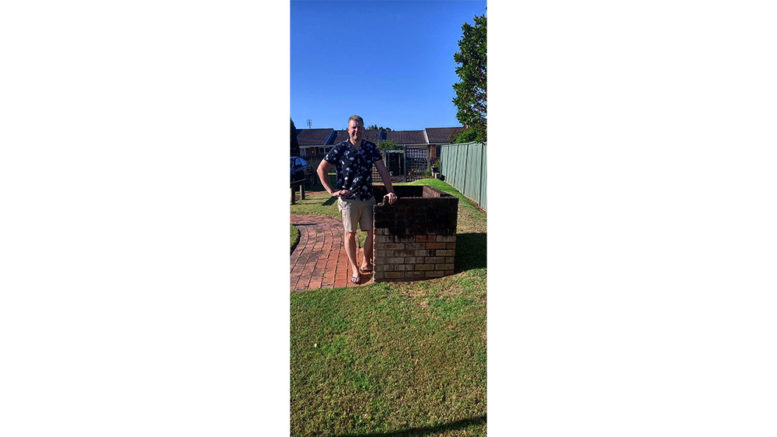 This initiative will be encouraging the community to connect with their mates over a BBQ on or around Remembrance Day, November 11, to pause and reflect on the sacrifices of men and women in uniform.

Kicking off with another epic fundraising raffle, Swiss 8 have upped the ante, swapping last year’s meat trays for the ultimate winner takes all adventure prize just as Aussies are starting to think about travelling again.

At $5 a ticket, you can swap out your morning coffee to put yourself in the running for the adventure prize, and with value bundles ranging all the way up to $1,000 for 300 tickets, there’s something for everyone.

North Gosford local and ex-army officer, James Hamilton, said he would be hosting a BBQ to check in with his mates.

“I found out about the BBQ To Remember through Swiss 8’s social media and I thought why not give it a go, plus it is my birthday the day after.

“I’m hosting a BBQ because I want to help raise money for a good cause and connect with my mates.

“I have some mates from Sydney and the Coast coming around to enjoy a BBQ together and just connect.

“I think it’s really important to have strong relationships with not only your mates but the community, especially after the COVID-19 lockdown where we weren’t able to check in with each other.

“Even meeting up in person and not necessarily talking is still important, just being together and being surrounded by mates is important to connect,” Hamilton said.

Having hosted BBQs with veterans across Australia, A BBQ To Remember was conceptualised after Swiss 8 hosted an official BBQ at The Australian War Memorial with Minister for Defence, Peter Dutton, Minister Darren Chester, Senator Jim Molan and other politicians.

Registrations for hosting A BBQ To Remember are open now at https://swiss8.org/bbqtoremember.

All proceeds from A BBQ To Remember go towards supporting Swiss 8.

Lifeline Central Coast is preparing to help hundreds of people