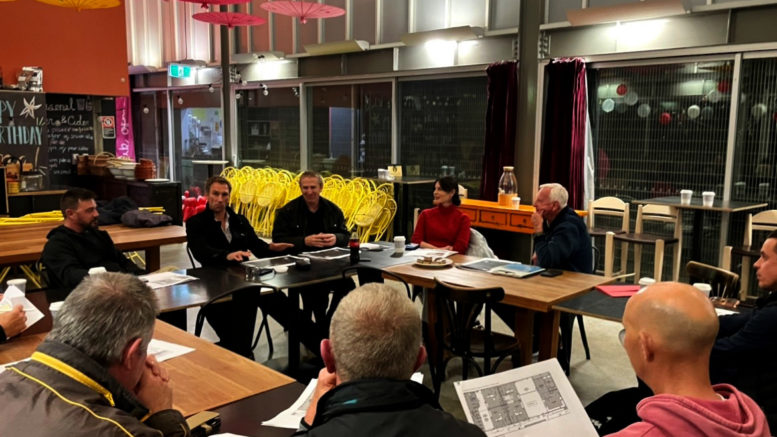 Funding for the redevelopment of the Peninsula Recreation Precinct is now expected to be signed off by Friday, November 5.

The $8.25M redevelopment of the Peninsula Recreation Precinct at Umina aims to upgrade a range of facilities at the precinct which included the construction of a modern BMX Pump Track, upgrades to the existing skate park, a new outdoor basketball court, parking, walking tracks, exercise station and a barbecue-viewing area.

The project was fully funded by the Federal Government and was to be delivered through Central Coast Council.

In PP032, it was reported that development had not commenced and that local sporting clubs were disappointed with the delay.

A Council spokesperson said Council has recently received the final funding agreement from the Federal Government.

“At the time of the funding announcement, Council was provided with a high-level list of works with indicative budget assigned to each element of the proposal,” a Council spokesperson said.

“However, a detailed scope of works still needed to be established with true costs of what was being proposed.

“The process to identify options and costing was then undertaken.

“Council continued to work with the Federal Government, in conjunction with Lucy Wicks and relevant local community sporting groups to negotiate what was possible.

“In May 2021 a draft scope of works and budget breakdown was agreed to by Council, the relevant community groups and local MP – which was then submitted to the funding Department for approval.

“It’s understandable that our community is frustrated with the time that has passed since the funding announcement, however this process has been necessary in order to finalise the funding agreement.

“Excitingly for the community, in recent days Council received the final agreement from the Federal Government, which has since been signed by Council’s CEO and returned to the Department for their final signature.”

It is expected that once finalised, Council will be able to start a project delivery planning phase where construction timing will be established.

Federal Member for Robertson, Lucy Wicks, said she was thrilled to hear Council had signed the final funding agreement for the Precinct.

“While this has been a long process, its one that will deliver what the Umina Beach community want and need out of this redevelopment,” Wicks said.

“The local sporting clubs who use Umina Oval, including the Umina United Eagles Soccer Club, Umina Bunnies Junior Rugby League Club and the Southern Spirit Cricket Club made it clear they wanted two separate facilities, each with a club room, storage, change rooms, toilets and a canteen.

“That is what this funding agreement delivers.

“I have been advised that the funding agreement will be signed by the Department by close of businesses, 3 November.

“This means that Central Coast Council will have the funds and can get on with the job of planning and constructing the new skate park, sports facilities and surrounding works.

“While this is a significant milestone for this project, it is not the last, and I will work with Central Coast Council to see this project through to completion.”

Council said they would continue to update the community and local groups on the project.

Huge prizes to be won in CWA raffle

Repair work on Main Rd Toukley is being repaired