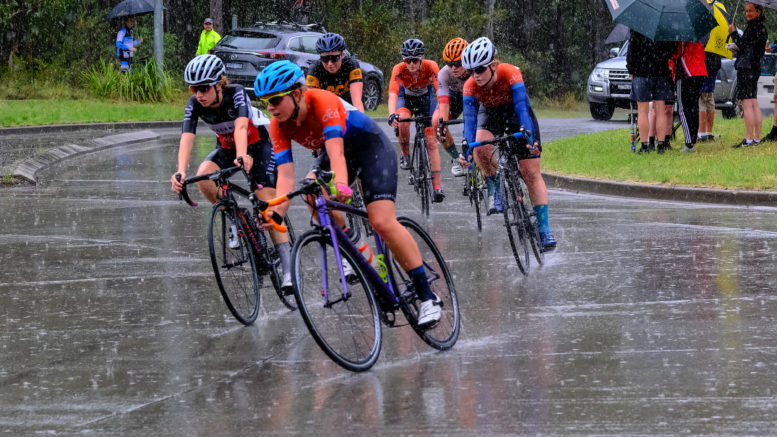 With the relaxation of COVID restrictions and return of sport in NSW, AusCycling has recommenced the 2021 Junior Road State Championships and Central Coast Cycling Club did not hesitate in picking out its first event win.

Taking place at the Hunter Economic Zone (HEZ) track, Nicole Duncan and Liliya Tatarinoff returned from the five-month hiatus for the Under 17 Women’s Time Trial and Road Race, the former cyclist earning two medals and the latter holding on to fourth place in both events.

On Saturday November 6, the 12km Time Trial was swept up by Duncan with a blistering average speed of 39.65km/h to win gold in 18:09.79 minutes, ahead of second place Keira Will from Lidcombe Auburn by 28.24 seconds.

Tatarinoff performed at her best to set a new PB time of 19:10.83 to nestle 25 seconds outside a podium placement.

In the following day’s Road Race, Will earned her gold medal by having the most energy and drive left over for the final sprint, followed closely by Isabelle Russell from Dubbo and then Duncan for Bronze.

Tatarinoff placed fourth but only after displaying great determination to overcome a 200m gap between herself and the leading peloton.

Another successful weekend of cycling was bookended pleasantly with the confirmation of the National Record set by these two, along with Maya Dillon, earlier in the year.

Now that state-wide sport at all levels is gearing up, the Central Coast Cycling team is getting right back to where it was in early June.