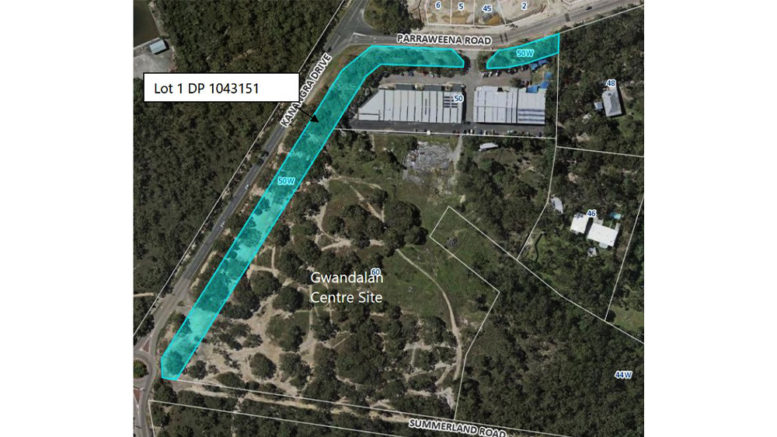 When reclassification of land in Gwandalan came up at Central Coast Council’s October 26 meeting, Administrator, Rik Hart, described it as a “slightly oddball thing” to be doing.

He called on Environment and Planning Director, Scott Cox, to explain why it seemed Council was going around in circles, by reclassifying the land in Parraweena Rd, and then changing it back to the original classification.

The reclassification forms part of a plan to sell Council-owned land to the owners of a proposed new Town Centre development in Gwandalan.

Cox said reclassification of this land, just under 9,000sqm, would enable a possible future sale of the land and to be incorporated in the Town Centre proposal.

“The process is a little bit double handling in terms of reclassification but the reason why we have to reclassify back to community land is that back in 2013, during the making of the Wyong Local Environmental Plan (LEP), the land was reclassified to operational,” he said.

“However, it was placed in the incorrect schedule in the LEP so the interests in that land were not correctly discharged.”

The land was dedicated to Council in 1987 as a road landscape buffer for the previous industrial subdivision.

Since then, adjoining land was rezoned to a business zone and this buffer was no longer required, however, it could be subject to a public trust.

Cox said that to discharge existing public trusts from the site, the reclassification must occur in two stages, as set out by the Department of Planning.

He said stage one was the reclassification of the operational land back to community.

Stage two is to then reclassify the land back to operational and discharge the existing public trusts.

The second stage is now underway, and is expected to take about nine months, including public consultation and a public hearing for community input.

When the reclassification is sorted out, it is envisaged the land will become part of Council’s plan to establish a Gwandalan Town Square and Village Green.