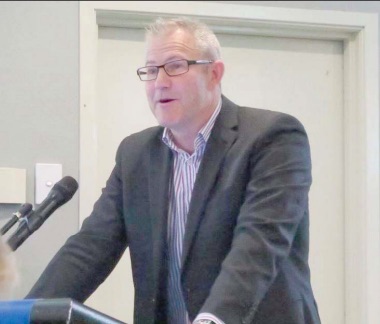 “As we move into the consolidation period of Council’s Financial Recovery Plan, a decision has been made to refresh the executive leadership team of the organisation” said Council’s CEO Mr David Farmer.

It said two interim positions have been appointed for an approximate three-month period whilst Council undertakes a recruitment process.

Mr Brian Bell, who was a CEO for a short time after amalgamation, will act in the role of Director Community and Recreation Services.

Farmer will shortly appoint a person to act in the role of Director Environment and Planning.

“The challenges that Central Coast Council have faced over the past few years have been well documented,” Farmer said.

“Over the past 12 months drastic action such as emergency loans, deep cost-cutting and rate increases have had to be implemented to ensure that the Council could continue to deliver service to the community.

“I sincerely thank Ms Vaughan and Mr Cox for their extended period of services to the Central Coast community, their extensive contributions to building a post-amalgamation new regional Council and in particular their roles in the very difficult financial recovery phase of this organisation over the past 12 months.”

Vaughan and Cox were both employees of the former Wyong Shire Council, appointed to their directorial positions by former Administrator, Ian Reynolds and Acting CEO, Rob Noble, prior to the first election of the Central Coast Council in September 2017.

Vaughan’s original directorial title was Director Connected Communities, which was changed during the current Administration period.