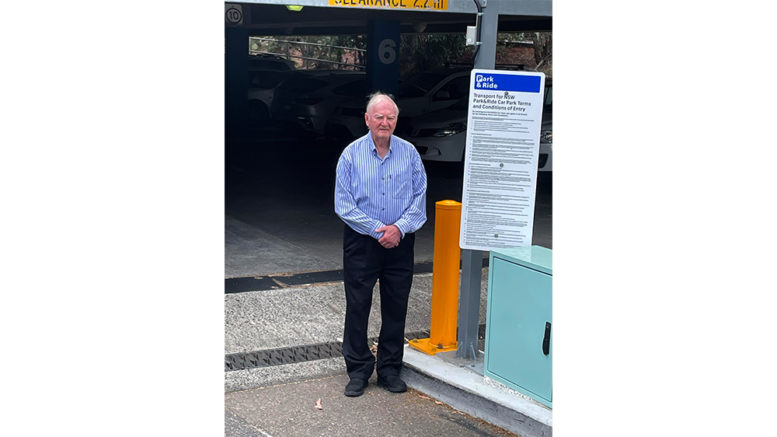 Central Coast Commuters Association President, Eddie Ellis, will request a meeting with Transport for NSW (TfNSW) to discuss delays on the delivery of a $30M commuter carpark promised for Gosford more than two years ago.

With the money allocated in the Federal Budget in 2019, just prior to the last election, Member for Robertson Lucy Wicks, has said nothing can be done until TfNSW has completed scoping studies on a suitable site.

Central Coast Council opted out of the project due to its financial crisis late last year.

Ellis said he was frustrated with the slow delivery of the project and the dismissal of adding extra levels to the existing carpark at Gosford railway station.

“This project is important for all Central Coast residents, as well as commuters,” he said.

“I have had many residents, who are not commuters, previously tell me that they have had to travel by train occasionally during the day but have found parking impossible at Gosford station.

“As restrictions ease, more and more commuters are going to be back on the railway system.”

Ellis said he would agitate for a meeting with Transport for NSW.

“A Central Coast Council representative told me that Transport for NSW did not favour adding extra levels to the current carpark because of the extra traffic it would create travelling into Gosford along Showground Rd and over the bridge into Gosford,” he said.

“However, there are only six trains arriving at Gosford Station from Sydney every hour in the evening peak hour, approximately one train every ten minutes.

“When the new carriages are shortly introduced there will be even fewer passengers per hour.

“This is because the Government has finally listened to the Commuters Association and introduced 2 x 2 seating as compared to the current 3 x 2 seating arrangement in the carriages and installed extra luggage capacity.

“The new seating will provide a much more comfortable arrangement, but there will be fewer passengers per carriage and per train, and ultimately fewer cars departing from the current car park at the same time.

“Adding extra levels (to the existing carpark) would not actually increase traffic, because the number of trains remains the same.

“I had an architect take a brief look at the car park, and he suggested adding extra levels in steel, and not concrete.

“This would enable more levels to be added more easily.”

Ellis said he intended to broach the subject with TfNSW if he is granted a meeting.

He will also raise the issue of new Park & Ride barriers which were installed at the carpark this week and will soon see travellers insert their Opal card into the barrier reader for free parking.

“If people have not used an Opal card and not travelled by train, then they will be charged a fee for parking,” Ellis said.

“I will ask Transport for NSW to exempt payment during evenings and weekends, when few commuters use the carpark.

“This would enable people visiting Central Coast Stadium to park there for free.

“Again, this is something I would like to discuss in a meeting with Transport for NSW.”

Member for Terrigal, Adam Crouch, said he would organise a meeting with Ellis in coming weeks and broach the subject with TfNW.

A spokesperson for TfNSW said adding additional storeys to the existing car park at was investigated but not recommended for several reasons, including access and egress constraints.

The spokesperson said TfNSW would be willing to meet with Ellis to discuss his concerns.

“With the approval of the Australian Government, Transport for NSW will engage with key stakeholders and the community as part of the ongoing development of commuter car park projects.”