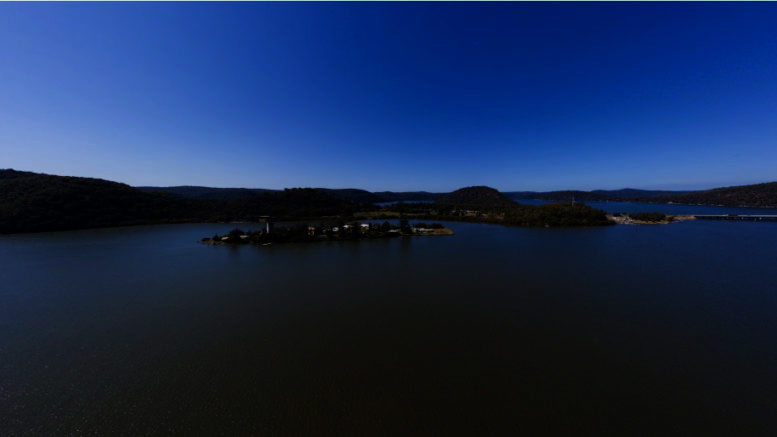 The Community Environment Network (CEN) has joined forces with the newly created Dyarubbin Peat Island Association (DPIA) to oppose a medium density housing proposal for land opposite Peat Island to the west of the M1.

CEN Chair, Gary Chestnut, said a Planning Proposal for Mooney Mooney and Peat Island which includes opening up the land for the construction of 267 residences, is “not good enough”.

“Seven years after the initial Planning Proposal was submitted by the former Gosford City Council and rejected by NSW Planning, the latest plan for Peat Island and associated land west of the M1 still lacks the vision and depth expected for an iconic site of regional, state and national significance,” he said.

“We have until December 20 to convince Central Coast Council and the NSW Government that Peat Island and associated land west of the M1 deserve a better vision than medium-density housing and cafes in repurposed hospital buildings.

“The NSW Department of Planning Industry and Council have had seven years to come up with a spectacular vision for what a revitalised Peat Island could become and the Planning Proposal now on exhibition fails on many levels.”

Chestnut said the land in question is bushfire prone and the proposal also fails to address environmental and social concerns.

“Particularly dangerous in a scenario where fire blocks the M1 and Old Pacific Highway, which is a regular occurrence in bushfire seasons,” he said.

“Consideration of the site for one-three-storey medium density housing is, at best, reckless and short-sighted.

“The intensity of the development being proposed would have substantial impacts on biodiversity if allowed to progress.

“We are told a land-based marina in the south-west of the site will be considered in a separate planning proposal but the potential ecological risks associated with a marina must be fully investigated as an integral part of the planning and rezoning of the whole site.

“The neighbouring Hornsby Council has submitted that the location proposed for the Marina ‘presents the highest marine impact risk from an ecological perspective and is likely to impact upon mangroves as well as the estuarine environment’.

“Hornsby Council detected elevated levels of copper and mercury near the site in 2013 and has raised this issue again in its latest submission.

“It has also called for an Environmental Impact Statement (EIS) to look at the acid sulphate soils on the site and their potential impact on estuarine and aquatic habitats.”

Chestnut said although the land is located in the Central Coast Council Local Government Area, if the proposed rezoning goes ahead, future residents would be reliant on the Waste Water Treatment Plant at Brooklyn, which doesn’t even have the capacity to manage Mooney Mooney’s waste water needs.

“This would result in sewage discharges into the Hawkesbury River and it appears that DPIE and Central Coast Council have failed to consider the impacts of untreated outflows on the river’s aquaculture industries including nearby oyster farms and fisheries,” he said.

Chestnut said the cultural significance, heritage and environmental significance of Peat Island and adjacent land also needed to be considered.

“We are talking about the future of a renowned landmark that deserves preservation, care and ongoing public access.

“It seems the NSW Government and Central Coast Council cannot see beyond the short-term profits from yet another land selloff and housing development.

“Peat Island, gateway to the Central Coast and gem of the Lower Hawkesbury, deserves a better vision.”

Chestnut urged concerned residents to have their say at https://www.yourvoiceourcoast.com/pipp before December 20.