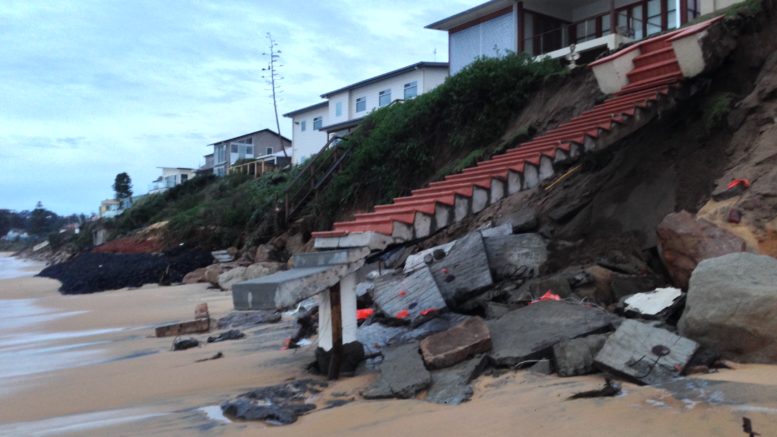 It is disturbing that the Wamberal Taskforce is downgrading the issue of sand renourishment in its agenda (“Wamberal community says sand nourishment must stay on agenda”, CCN 319), despite the fact that this is an important concern for a considerable segment of the community.

This gives the impression that the Taskforce has already decided on its priorities and is pushing one course of action, at a time when there remains great controversy over the best solution.

Where is the Coastal Zone Management Plan that should be guiding this decision in a regional context?

As usual, the Council is dragging behind, waiting Micawberlike for something to turn up, so that, at the moment, it seems that the influence of a small minority of interested parties is driving the Taskforce in a direction not necessarily to the long-time benefit of Central Coast residents as a whole.

The display of suggested designs for a seawall, without any overall demonstration of how this will affect the whole beach, without any engineering detail, without any cost-benefit analysis and without any juxtaposition of non-seawall options, is obviously intended to suggest that the course of action is limited, whereas this is far from the case.

Just as the Administrator would like us to believe that nine is the magic number for councillors (and no other choice is open), it appears there is a campaign to close off choices for the future of Wamberal beach.

For instance, I have yet to see a no-action possibility analysed and costed, whereas, on the face of it, this might be the most obvious course to be considered.

Perhaps, the Taskforce will resolve all these conflicts to everybody’s satisfaction, although that looks extremely unlikely at the moment.

However, at the very least, the Taskforce should be scrupulous to avoid any appearance of partiality in its deliberations.