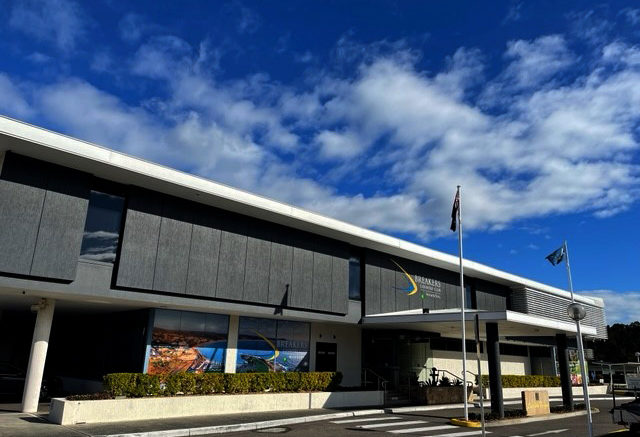 Members have voted in favour of the amalgamation of Breakers Country Club with the Mounties Group.

The Mounties Group successfully joined forces earlier this year with both Club Wyong and Halekulani Bowling Club and now seems sure to secure its third venue on the Central Coast.

The vote followed a series of information sessions held over the past year with COVID-19 lockdown interrupted proceedings.

Mounties Group CEO, Dale Hunt, presented his vision for the future in June, including what to expect should the amalgamation be successful back in June.

The team recently resumed the member sessions to remind members of the benefits of amalgamating with Mounties Group.

Breakers Country Club CEO, Ken Pearson, said he was over the moon with the result and is excited for what the future holds.

“As a club, we were looking to secure our long-term future and deliver bigger plans than our financials allowed and that is why joining the likes of Mounties Group presents us with so much more opportunity,” he said.

“Mounties Group is a powerhouse when it comes to club strategy, financials and community spirit.

“Their profit-for-purpose business model was a big drawcard for us, and they really prove to be, time and time again, true to their word.

“Our community demographics have changed and to compete with the rest of the hospitality, sporting and recreational venues on the Coast we need to do a lot more.

“Aside from better buying power and the obvious staff and member benefits, Mounties Group has promised an $11M master plan to improve the venue as well as a $200,000 a year investment over the next five years in the golf course.”

Hunt said he was thrilled at the prospect of growing the Mounties Group network on the Coast.

“Breakers Country Club is such a fantastic venue with so much potential,” he said.

“Having met the staff and members over the past year, it is obvious to see how much this venue means to everyone.”

Mounties Group financial members will have their say on December 5, while Liquor and Gaming NSW, as the industry regulator, will also need to approve the amalgamation before it is made official.

Amalgamation has not been a good thing for residents

Community should not bear responsibility for beachfront properties