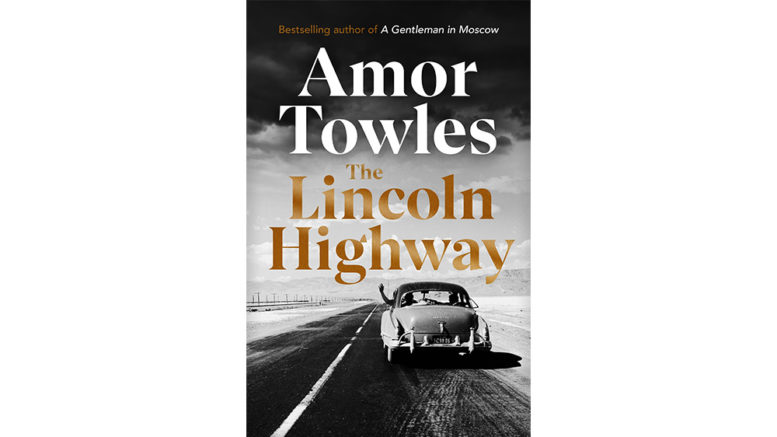 The Lincoln Highway was one of America’s first transcontinental highways which connected New York (Times Square to be exact) to San Francisco.

It originally passed through 13 states and in the middle was Nebraska, and that is where the story starts.

It is 12 June 1954, and Emmett Watson has just been released from Salina, a work farm in Kansas for juveniles.

He was sentenced for 18 months “after freely admitting his guilt” but was released early as his father has just passed away.

Emmett’s mother left years earlier and now someone has to take care of Billy, his eight-year-old brother.

Up until that time Sally Ransom has been looking after Billy and was doing a fine job of it.

The warden has just driven Emmett back to his house in Nebraska, but the house has been foreclosed.

He was from a well to do family back in Boston and thought he could tame the land, but it wasn’t meant to be.

Emmett plans to get his Studebaker out of the barn and take Billy to Texas, or is it California, to start over and create a new life by flipping houses.

Unbeknownst to Emmett, the warden also drove Duchess and Woolly to the Watson farm in Nebraska.

Duchess is so named for the county he was born in.

He was brought up by a father who was an actor and not much of a father.

Woolly is from generations of money. Big money.

His father died in the war and his mother remarried and stuck him in private boarding schools.

Woolly couldn’t take another “every-day day” again and needed to get out of Salina before he did something foolish.

And as Woolly’s self-appointed protector, Duchess saw it as his duty to get Woolly out.

(Also because Woolly had promised Duchess part of his $150,000 trust fund.)

All Duchess and Woolly have to do is get to his grandfather’s house in the Adirondacks to get the money.

That means heading east – and they plan to travel in Emmett’s Studebaker.

But Emmett and Billy are heading west.

How is that going to work?

The next ten days will be a cat and mouse chase through the USA by planes, trains and automobiles.

And coming up in the rear is Sally in her clunker of a pickup, Betty.

The story is told from everyone’s perspective… even minor characters get a say.

Billy will travel with Professor Abacus Abernathe’s Compendium of Heroes, Adventurers, and Other Intrepid Travelers as well as his trusty flashlight and some silver dollars.

Emmett will travel with a determination to get to his destination.

Duchess will try to dole out some justice and Woolly will try to have a one-of-a-kind day.

Like all of Towles novels, the writing is superb, and the characters are rich.