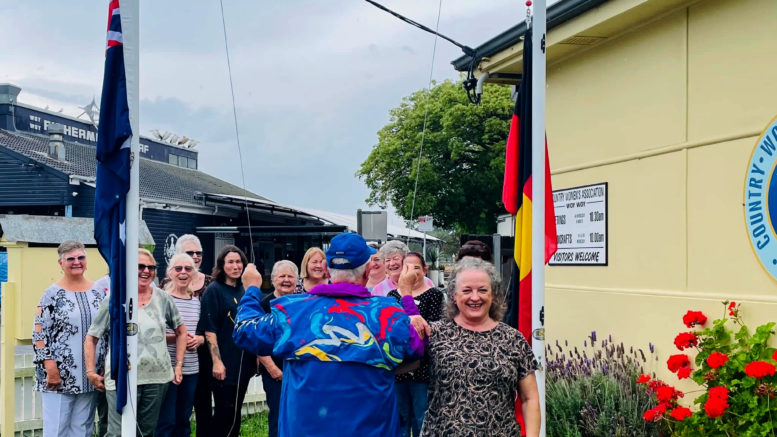 The flags are flying again at the Country Women’s Association (CWA) Woy Woy after an anonymous donor presented the funds last month to replace the latest flag to be stolen.

In September, the Pelican Post reported that the local CWA branch had put the call out to the community to help raise $600 to purchase a new Aboriginal flag after theirs was stolen last year.

Branch president, Jane Bowtell, said the flag would continue to be stolen until the flagpole is strung with stainless steel instead of rope.

However just 24 hours after the appeal, an anonymous donor provided the funds in full.

“We were visited by Robert, our wonderful donor whose generous contribution paid for our flag poles to be re-rigged enabling us to fly the Aboriginal Flag again after it was stolen and the rigging cut last year,” she said.

“Both flagpoles are flying their flags with pride.

“Robert requested we don’t show his face (no, he’s not a dentist!) as he’d like to stay anonymous.

“But, we wanted to take the opportunity to have him visit to raise the flags again, just in time for Remembrance Day tomorrow.

“We’d like to send a huge thank you to Robert, and the other community members, who donated to make this possible.”

War memorial to get a facelift

Be the first to comment on "Anonymous donor fixes flag problem"