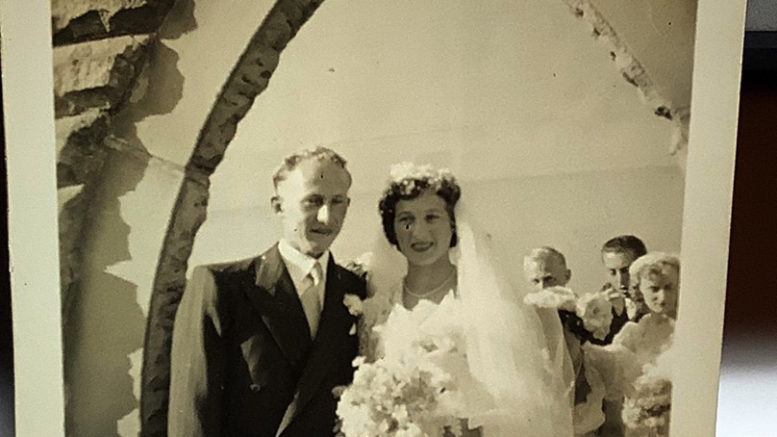 Fay and Colin Easey on their wedding day

Both born and bred in Gosford, Fay and Colin Easey of East Gosford will celebrate 70 years of marriage on December 1.

They were married at Our Lady of the Rosary Catholic Church in Gosford on December 1, 1951, after meeting while working at Woolworths in Mann St.

After living at The Entrance for a short time, they built their home in East Gosford over 60 years ago.

Throughout her life Mrs Easey worked hard in the family home raising four children: Susan, Jane, Michael, and Elizabeth and later helping with their families.

She has always be an avid, talented knitter and sewer, and in recent years has made many rugs for the church to distribute to the homeless.

She has always enjoyed the arts and travel.

Mr Easey spent his working years at the Shell depot in Gosford before working at the then Gosford Council, where he was a clerk for 40 years.

A talented 1st grade cricketer in a number of teams across the Central Coast, he spent most years playing for Matcham-Holgate.

In 2006 he received an Order of Australia Medal for his contribution as a player and administrator for the sport at Government House in Sydney.

He continues to enjoy meeting people, sharing local history, and following the races.

The couple has nine grandchildren one great-grandchild.