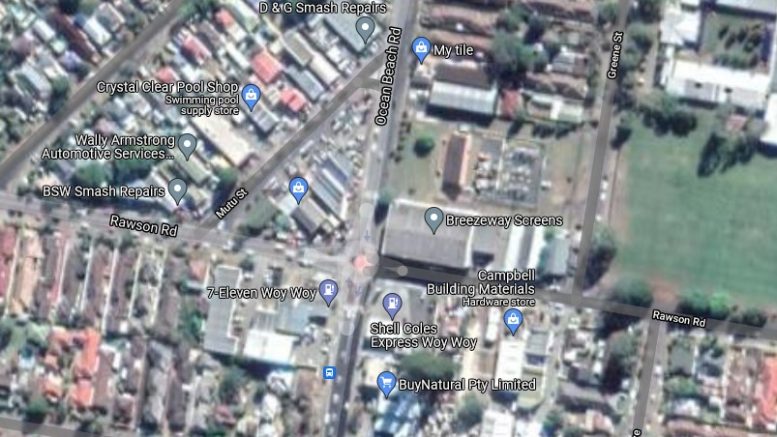 Central Coast Council Administrator, Rik Hart, has given approval to acquire land at the intersection of Ocean Beach Road and Rawson Road, Woy Woy, to allow for an upgrade of the intersection.

Council staff will now endeavour to acquire a number of parcels of land by agreement with the property owners.

If after six months Council is unable to reach an agreement it can make applications to the Minister and the Governor for approval to compulsorily acquire the land.

The upgrade will significantly impact the Paint Shop building and Council says the most cost effective option is to acquire the whole of the land.

“The site will then be used as the works compound during construction and towards the end of the project, Council will subdivide and consolidate the residual land for re-sale to reimburse some of the initial project costs,” Council said.

The project is fully funded by the Federal Government through the Urban Congestion Fund as part of the Central Coast Roads Package.

The release of the funding is pending the Australian Government’s approval of the Delivery Phase Project Proposal Report, to be considered by the Federal Minister for Communications, Urban Infrastructure, Cities and the Arts, expected soon.

A concept design has been prepared for the preferred option for a signalised (traffic lights) intersection.

Council says there would also be consultation with the broader community to investigate concerns, noting this may result in some alteration to the proposed concept design.

Apart from the Paint Shop, all other acquisitions will be dedicated as public road.

“To date, there has been preliminary consultation with the affected property owners to discuss the project and advise that potential property acquisition is forthcoming subject to Council approval and grant funding approval,” the Council report to Hart said.

Now that he has authorised the acquisition, formal consultation with the owners and interest parties will commence by serving notice of intent to acquire the affected parts of their properties by agreement during the initial six-month negotiation period.

Following the above, a broader program of community consultation will be undertaken to gain feedback on the concept design.

“The project is anticipated to generate widespread interest given the critical impact the intersection has on congestion on the Peninsula,” Council said.

Council said the traffic delays in the area will improve immediately after completion of the project in 2026.

It estimated a 66 per cent improvement with the average maximum vehicle queue length reduced by over 360 metres.

Council says that project was put on hold in 2016 as a result of changing requirements by RailCorp and associated significant cost increases.

The estimate prepared circa 2016 placed the underpass project cost upward of $115M.

The preferred option for the current project includes the Shell service station awning and bowsers being relocated and property impacts mostly restricted to the eastern side.

The option will see a signalised intersection with five lanes on Ocean Beach Road.

There will be road widening required at the corner splays, and typically four metres on the eastern side of Ocean Beach Rd affecting 18 land parcels.