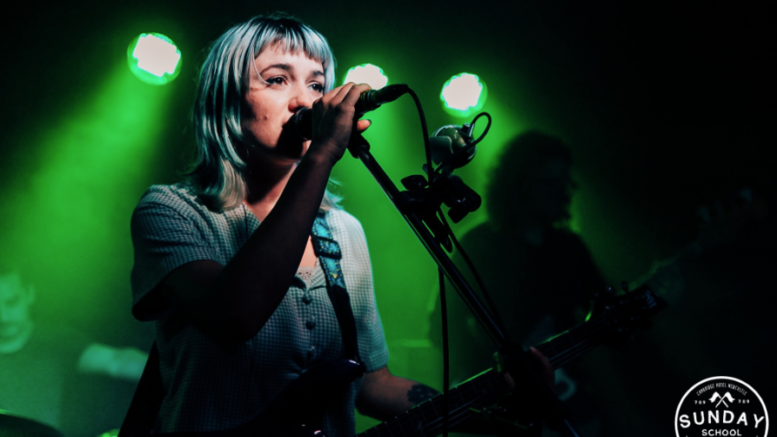 AMPED: Tiali Eliza is one of those artists that pop up on your Spotify algorithm and makes your day; Her sultry voice and heavy riffs will have you playing her songs on repeat.

Tiali came from a musical family but was more focused on dancing originally before transitioning into singing and guitar.

“I started playing covers and then naturally was drawn to writing my own songs but only really started refining the writing process as a craft in the last few years as I’ve had people to work, people to give me that push”

Do you have any creative blocks I asked?

“The best way to get out of procrastination is to force myself out of it, I book myself into things, something that’s locked in, like a music session or a class, I purposely trap myself to get the spark back”

Tiali has recently been signed to Sony

“I always pictured myself being an independent artist, coz I liked to have that freedom, but it does just feel right, having that support and that team”

“The only challenge for me is being confined to a genre. When I started music I was obsessed with Jack Johnson, had folky influences, then it went it to Neo Soul having listening to Hiatus Kaiyote and now I’ve got a grungy side, so yeah it’s a thing I struggle with coz I fluctuate between genres”

How do you feel about that I asked, it’s quite common in the industry for labels wanting to box artists in to genres, do you think its beneficial or not?

“In terms of expression it might not always be beneficial, but in terms of a project and trying to put something forward, so that people know what they’re in for, giving a place to sit, I think it is beneficial”

Where do you think your music comes from I asked Tiali.

“I’m a happy person, but my music is quite dark. A lot of the time my art is coming from a deep hurt ‘that I need to release”

“It’s a personal thing that I like to get off my chest, that’s why I struggle with co-writing and sessions with producers because in those moments I might not be feeling something. So I’mtrying to learn how to channel that better”

Do you feel pressure from the ‘rock and roll’ party goer stereotype?

“As much as I do like to write in times like that, I do feel it clouds me and I don’t think it aids my music, I don’t think it helps my creativity, for a lot of people it might, but for me it doesn’t. I’d rather be sober with my guitar”

What kind of music do we need now?

“I think we need less structured music right now. I love a song that takes you on a journey, you get wrapped up in it, and it goes into this other section and you don’t know where it’sgoing to go.

I do struggle with that verse chorus verse chorus predictable nature, even though I do that and most artists do, I think opening up mainstream radio to other varying music would be what we need right now. I understand and respect the pop structure, but sometimes we just need to let the music go where it wants too”

Covid has effected Tiali’s career just like many artists. Having built up an EP for a number of years and only just getting off the ground with gigs, everything came to a grinding halt, which has been a big blow, not only for her, but for the whole industry.
Tiali supports herself with a second job, 5 days a week as a disability support worker.

You can check out her music on Spotify under Tiali Eliza.