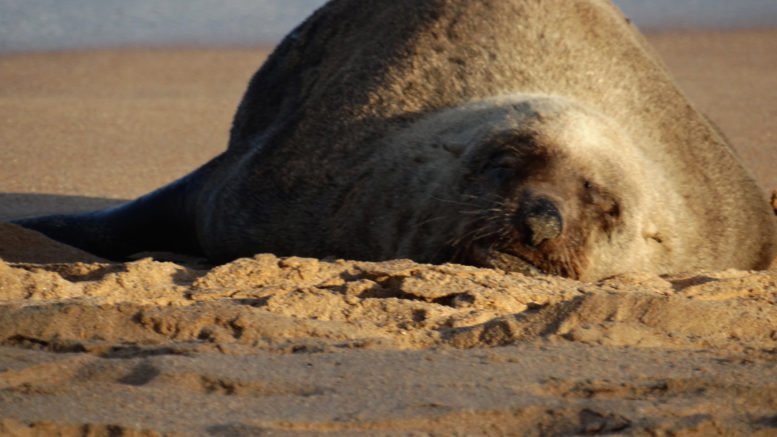 Local surfers at The Box said they have been visited by a nearby sea colony as seals migrate along Australia’s eastern coastline during the cooler months.

Vice President and media representative for the Organisation for the Rescue and Research of Cetaceans in Australia (ORRCA), Jools Farell, said that the migration of seals and whales usually coincide, with this time of year often the best to witness such animals out and about.

“We have a growing colony of seals in Pittwater that often venture across to the Central Coast,” Farell said.

“The colony started about six years ago with just two seals, so it’s been great to see them now growing to about 27 seals.

“ORRCA since 1985 has been the only licensed state-wide body working alongside national park services to research, rescue and educate the public about our abundant marine life with a focus on cetaceans such as seals, whales and dolphins.”

Member for Gosford, Liesl Tesch, said she has had the pleasure of witnessing seals on two occasions while kayaking on Brisbane Water during lockdown.

“The first time was a real shock as I had no idea we had a local seal colony,” she said.

“I watched the seal frolicking amongst seabirds and diving for tailor, re-emerging whilst devouring a fish and then diving again.

“The second time I was very lucky to see one gliding on her side with one flipper reaching right out of the water as if she was just floating with the current.

“It was certainly a great start to the morning witnessing the majesty of these gorgeous creatures.

“We are so blessed as Coasties to live in this part of the world, and it is great to have organisations like ORRCA that look out for our more unique Central Coast residents.”

Farell said the seal was most likely ‘thermo-regulating’ in which seals lie on their side while floating in the water to control their body temperature.

“We get a lot of calls from people mistaking the seals as being injured or tangled in netting when they do this,” Farell said.

“Thankfully it is often not the case, and at ORRCA we love any opportunity to educate the public on our marine neighbours, particularly in how to maintain our legally required 40 metre distance from these animals both for our safety and theirs.

“Ever since our first group of volunteers in 1985 saved some 30 plus beached whales, ORRCA has actively sought to protect all mammal marine life in our waters.

“The impact of the current lockdown has certainly been beneficial I must say in reducing noise pollution and allowing these animals to venture about with less interruptions.”