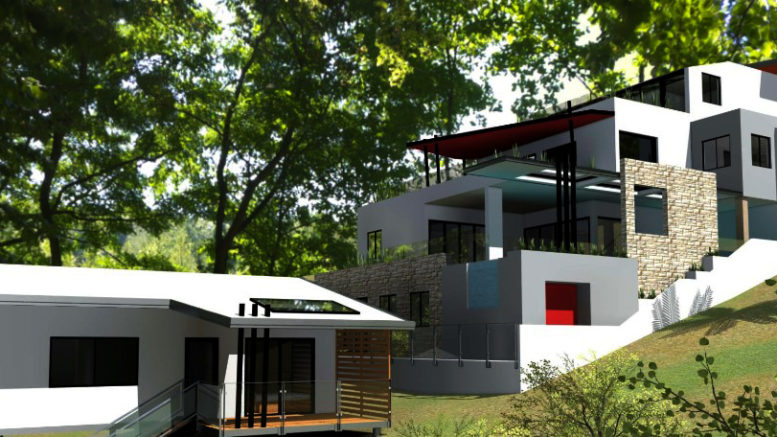 The Pearl Beach Environment Group (PBEG) has raised concerns with Central Coast Council over the loss of bushland in Pearl Beach and its impact on the environment due to “inappropriate development”.

The PBEG outlined its concerns in a letter to Central Coast Council Administrator, Rik Hart, on October 5 and the group has since been informed Hart will meet with them.

PBEG said they remained worried that there had been an “accelerated loss of the bushland environment of Pearl Beach”, through development applications and the “incremental effects of the Exempt and Complying Development”.

In the letter, PBEG referred to Section 5.10 of the Gosford Development Control Plan 2013 which states: “The distinctive asset of Pearl Beach is its natural environment.

“Within the village is an abundance of trees and shrubs – in the reserves, in the streets and on the private properties, and softening the visual impact of structures on the natural environment.

“It also has a profusion of bird life within the village.

“The tree canopy is the intrinsic unifying feature of the area and it is critical that it be maintained.”

The group noted that the objectives of the R2 Residential Zone in the Gosford Local Environment Plan 2014 included: a focus to ensure development is compatible with the desired future character of the zone; promote ecologically, socially and economically sustainable development and the need for, and value of, biodiversity; and ensure that non-residential land uses do not adversely affect residential amenity.

PBEG said they had increasingly found the “carefully worded” provisions of local planning controls were being ignored when applied to development in Pearl Beach, particularly in the case of open space and landscaping.

The construction of two “substantial” dwellings and removal of all trees from 23 Cornelian Rd was something the PBEG said was a “lesson in the dangers of incremental approvals.

“The over development of the site at 12 Diamond Rd and the provision of extensive hard landscaping to the front of the property [was] completely at odds with the streetscape character,” PBEG said.

“The overdevelopment of 6 Gem Rd and the excessive height of that development and its impact on views from Broken Bay, the beachfront and from Green Point …these are just some of the developments impacting on the special character of our small village.

“The Pearl Beach community is also concerned that there is no forward planning for the remedial works to the Pearl Beach Lagoon as recommended in the Lagoon Study of 2020.”

Representatives of the PBEG asked to meet with Hart, together with key senior members of the Council staff to discuss their concerns.