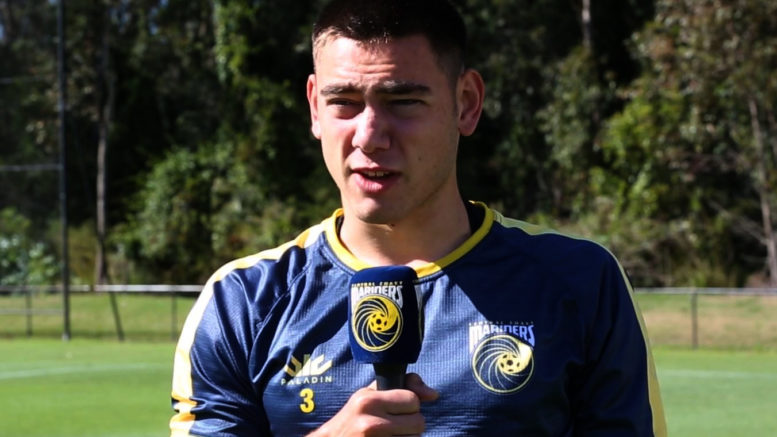 Central Coast Mariners are gearing up for the new season of the A-Leagues which is expected to launch for the Yellow and Navy side on November 21 away against Newcastle Jets.

In their 10th week of pre-season training, defender Lewis Miller said he was enjoying working under new coach Nick Montgomery and was excited for the new season to kick off.

“All the boys are really glad to be back, we’re really enjoying it,” Lewis said.

“It’s been brutal as you’d expect from a coach like Monty who has so much experience from playing in the Premier League for Sheffield United, so we’re happy to be back, and we’re going to give it 100 per cent this year.

“Monty wants everyone to put in 100 per cent on the pitch regardless of the position you are.

“You give it all for the team.

“We’re not individuals, we’re a unit, and it’s all about unity and coming together.

“I genuinely think we’ll have a good season this year if we follow his principles.

Talking about his goals for the upcoming season, Miller said he wished to achieve a starting position in the side and further develop his skills as a player.

“Last year I was on here and there, and this year I want to cement a starting position and I generally think that if I play to my ability then I can be one of the best young footballers in the comp,” he said.

“Every single game is a game to enjoy so I’m just keen to get back out there, it’s been a long time.”

Miller made 13 appearances last season and has made 32 appearances with the club since joining the A-League side on a scholarship contract in October 2019.

He signed a two-year deal in 2020 after coming through the Mariners Youth Academy.

Despite growing up on the Northern Beaches of Sydney, Miller said Umina was his ‘second home’ after spending a lot of time at the beachside suburb with his family.