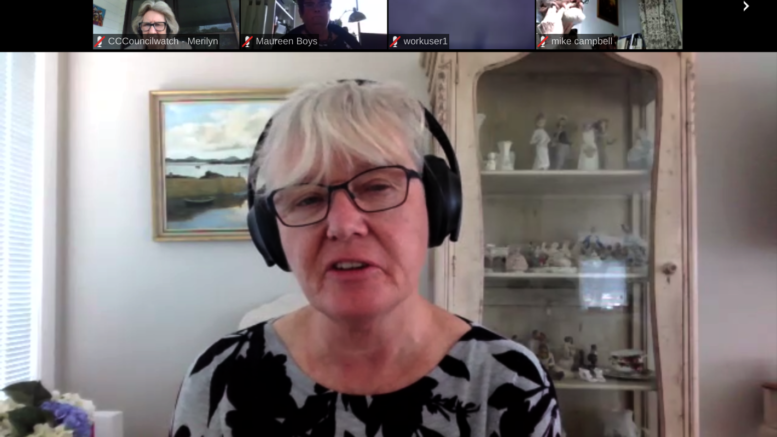 Peninsula resident Mary Doherty told an inquiry into water prices that she had complained to Central Coast Council about dirty water and Council responded by sending her two packets of washing powder.

Doherty was talking on zoom at the Independent Pricing and Regulatory Tribunal (IPART) public hearing into Central Coast Council’s request for a 34 per cent rise in the amount they could charge for water, sewer and drainage.

IPART said part of its role was to assist the community to keep Council accountable for what it delivers.

“Well, where have you been for the past few years?” asked Doherty.

“What are we going to see that is any different,” she asked, if IPART granted Council the increase.

She said residents were tired and wanted to know what would change.

Council’s Water and Sewer Director, Jamie Loader, answered by talking about ways Council was accountable, including an online mapping tool and monthly reports to Council meetings.

Doherty, who has lived on the Peninsula for 30 years, said the community had heard this all before, many times.

“You say you consult the community but I am part of the community and I haven’t seen any survey and never been asked my opinion and so obviously you are not reaching the community,” she said.

The comments section of the zoom meeting showed others agreed with her sentiments.

More than 70 people logged on to the public hearing on October 26 but at least half of the participants were either Council staff or IPART staff.

The convenor urged people to have their say by completing a survey or writing a submission before November 1.

A draft report from IPART will be published in March 2022 and another public hearing will be held in April before a decision is announced in a final report in May.

For details: Go to https://www.ipart.nsw.gov.au/Home/Industries/Water/Reviews/Metro-Pricing/Prices-for-Central-Coast-Council-from-1-July-2022