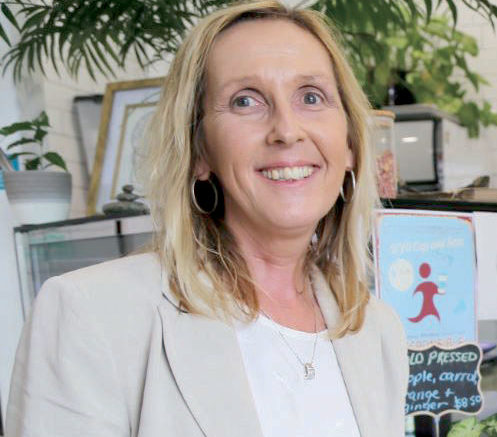 Commissioner Roslyn McCulloch ruled against that question saying there was no purpose in going behind the Council’s decision.

She said there appeared to have been an appropriate procedure followed.

However, she allowed Eaton to ask Smith about monitoring the CEO’s performance.

“Otherwise, Commissioner, this process runs the risk of potentially laying itself open to the very kind of political machinations which have been discussed in the submissions before the Inquiry already and by the Administrator,” Williams said.

“It lays itself open to the possibility for any of the councillors, or persons who have made a submission to this Inquiry, saying that they ought to be given a right to cross-examine a particular witness, because they have a particularly strong interest in one issue that may arise,” Williams said.

“The only point I would add to that is that Mr Eaton has submitted in his person capacity a submission to this Inquiry, and that as part of that submission, he is critical of Mr Murphy and the recruitment of Mr Murphy,” Simone said.

Before making a decision, the Commissioner took a short break but came back and allowed the second question.

“I remain concerned about your relationship as a submitter as well as a solicitor, but that’s a matter for your in these proceedings,” Commissioner McCulloch said.

Eaton had to reform his question when both the Commissioner and Williams said they had trouble understanding the question.

Eaton then simplified the question: “What then did the Council and the Mayor do about ensuring that the general manager was monitored in respect of the financial performance of the Council,” Eaton asked.

Smith answered: “Commissioner, in relation to the DPIs established in the performance management agreement, as I indicated in the submission, it recognised that some of those DPIs could not be determined because the financial reports were not available at that point in time.

“I think in terms of monitoring the financials, that then came down to when those financial reports were available through the normal processes of Council, such as the quarterly budgets,” Smith said.

The Commissioner then asked if Murphy’s performance was then reviewed formally or informally at that point and Smith said no.

She said the only way of formally reviewing the CEO’s performance was through the performance review process.

“The finances were then monitored through the normal processes of Council where all councillors have the opportunity to raise concerns and raise issues.”

The cross examination came early on Day Four of the Inquiry which started with Smith continuing her testimony after she had been questioned in private earlier on the first and second days of the Inquiry when technical difficulties meant the public could not see the livestream.

Smith was asked only one question before the cross examination.

She was asked how she had coped with the impact of the fallout on you, both during your time at the Council and at the end of the Council’s term.

“Commissioner, I think there was a lot of commentary in the community that was fed by councillors,” Smith said.

“I think a lot of the issues and lot of the conduct in the chamber was weaponised.

“There was a lot of misinformation spread both in the chamber, outside the chamber by the community, by state MPs.

“Personally, I tried not to engage in that. I think from my point of view I had enough to do without trying to chase every bit of misinformation and correct it.

“It just seemed to be a futile exercise.

“I think unfortunately that does allow it to continue, and so my strategy may not be the right strategy, but it was the one that I had to do to be able to do my job,” Smith said.