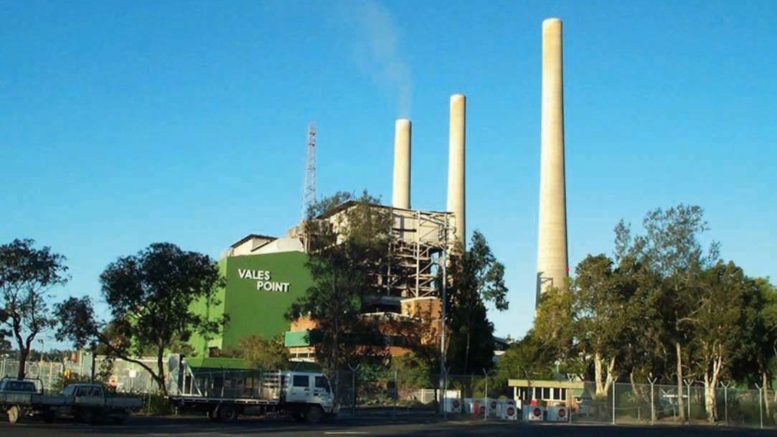 An application from Delta Electricity for a further exemption to the set emission limit for nitrogen oxide (NOx) at Vales Point Power Station is now open for public comment.

The Environment Protection Authority (EPA) came under pressure from the community, the Nature Conservation Council and local environmental group, Future Sooner, to let the public, health professionals and environmental groups have their say.

Spokesman for Future Sooner, Will Belford, said it was good news that for the first time ever, the EPA was offering the public the opportunity to make submissions.

“However, the EPA is only giving the community three weeks to respond while it’s allowed Delta nearly nine months to defend its polluting behaviour,” he said.

“Delta has admitted that it is technically feasible to clean up its power station, but it doesn’t want to spend the money.

“Over the past decade, the EPA has just rubber-stamped Delta’s applications but now that the EPA is going to take a closer look at the application and consult with the community it is very encouraging.

“The EPA needs to take a stand and enforce the law instead of exempting Delta from it.

“We are calling on the EPA to reject the application,” Belford said.

The application submitted to the EPA seeks another exemption under the Protection of the Environment Operations (Clean Air) Regulation 2021 for five years until January 1, 2027.

Vales Point has an environment protection licence which requires the power station to meet legally enforceable conditions relating to noise, air, water, land contamination, waste and other operational matters, to protect the community and the environment.

Power stations are required to operate and maintain pollution control equipment in a proper and efficient manner and minimise the emission of air pollutants in accordance with strict conditions under the licence.

Until 2012 Vales Point Power Station was required to meet a NOx emission limit of 2,500 milligrams per cubic metre of exhaust.

Nitrogen oxides are gases formed when fuel is burned at high temperatures and comprise mainly of nitric oxide and nitrogen dioxide.

Since January 1, 2012, Vales Point has been classed in a group of power stations required to meet a NOx emission of 800mg per cubic metre.

Delta Electricity has applied to continue to operate with 1,500mg per cubic metre for a further five years to January 1, 2027.

The EPA must consider the impact on local and regional air quality and amenity as part of the decision to grant the application, including any pollution reduction programs and control equipment in the power station operations.

EPA Executive Director Regulatory Operations, Steve Beaman, said the EPA was carefully considering and assessing the application in accordance with statutory obligations and it was also interested in community feedback on the proposal.

“While it is not a requirement under the Protection of the Environment Operations Act 1997 to consult publicly about this application, we are opening this up to comment because we are keen to hear what the community has to say, as part of our considerations,” he said.

“The EPA is conducting a comprehensive review of the application, which seeks to extend an existing exemption for a further five years.

“As part of that, we’ve requested more information from Delta Electricity, including an air quality impact assessment which is now available as part of the public consultation.

“We’re also consulting with experts including from NSW Health and the Department of Planning, Industry and Environment.

“All of this information, as well as the submissions received in this consultation process, will be considered by the EPA before a final decision is made.”

Beaman said the EPA had a comprehensive and robust framework for regulating power stations in NSW including legally enforceable conditions relating to noise, air, water, land contamination, waste and other operational matters designed to protect the community and the environment.

More information about the Delta Electricity Vales Point emission exemption application can be found online at yoursay.epa.nsw.gov.au and submissions close on November 10.