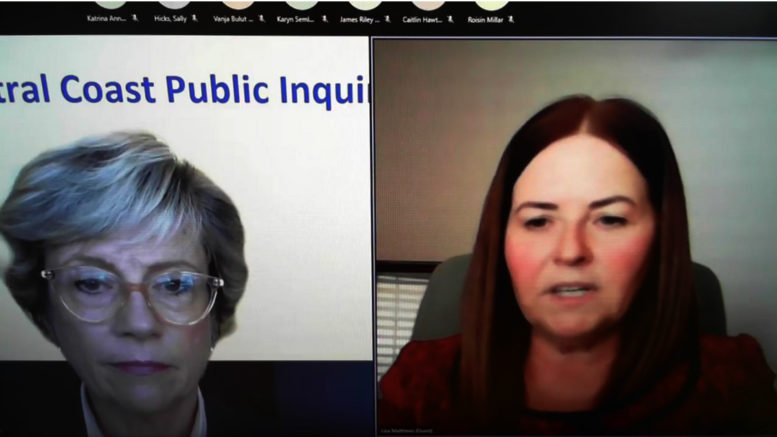 We can now see why 22,400 Central Coast residents petitioned for an independent judicial inquiry, rather than a State Government inquiry that is proving to be a farce (“First week of Council Inquiry Goes from Debacle to Fiasco,” PP Sep 30).

Many residents suspect this State Government ‘not so public inquiry’ was always just a ruse to head off demands for a genuinely independent inquiry conducted by the judiciary.

It is worth noting that the State Government Department that is running the inquiry, the Office of Local Government (OLG), is the regulator of local councils.

They should therefore be an organisation of interest to the inquiry – not the organisation that is running it.

Does the bungling ineptitude we have seen reflect on OLG’s wider capability as local government regulator?

If so, no wonder State Government did not want their role included within the remit of an independent judicial inquiry.

It simply beggars’ belief that the inquiry has been delayed eight days just to get a video link to work.

When the current pandemic first broke out in Wuhan, the Chinese authorities built an entirely new hospital from scratch in just 10 days.

We can only assume any video conferencing facilities within the hospital weren’t subcontracted to the NSW Government.

Lots of fun on offer in Council holiday program