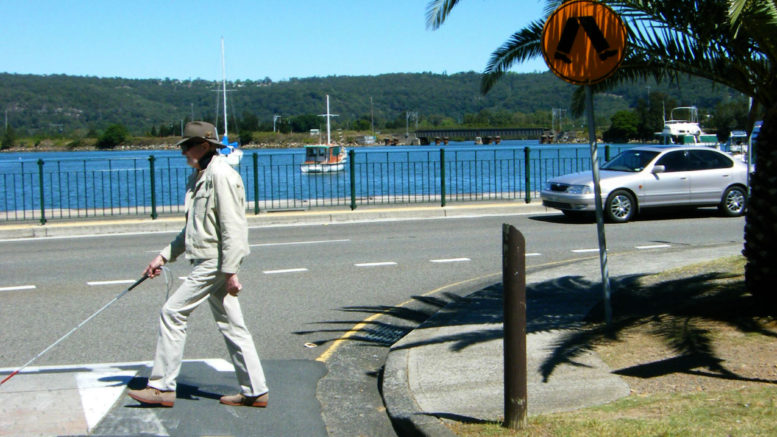 A Pearl Beach local and member of the Central Coast Volunteer Support Group has urged cyclists and road users to be more aware ahead of International White Cane Day (IWCD) which falls on October 15.

As a pedestrian who has impaired vision Robert Lillico has become very reliant on his hearing to determine when it is safe to cross the road.

He said this approach is problematic when it comes to cyclists as he is unable to hear their bikes.

On several occasions he has had near misses with bicycles on footpaths and running red lights.

The local support group, who are helping raise money for Guide Dogs NSW/ACT, said IWCD was an important day on the Guide Dogs’ calendar as the white cane is the mobility tool of choice for the majority of Guide Dogs clients.

“We appreciate the Central Coast community who continue to visit our stalls and the support given to us by Central Coast Shopping Centres who provide space for our fundraising stalls.”

The group, which was formed in 1982, have been active in fundraising across the Central Coast, managing several fundraising stalls at shopping centres, handing out information and selling merchandise.

IWCD aims to celebrate the achievements of people with blindness or low vision and highlight the white cane as a life changing symbol and tool of independence.