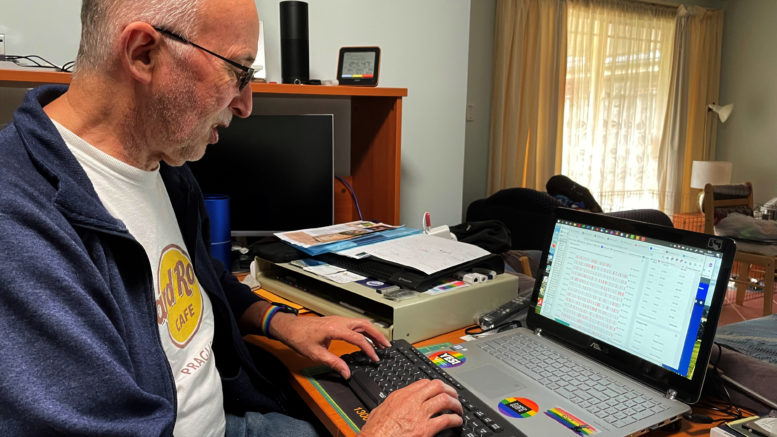 Residents at the lower end of Stratford Park Estate in Terrigal are fed up with ongoing problems with internet connection and are calling on NBN to take responsibility for the situation.

Resident spokesperson, Neil Keele, said the issues had been frustrating householders for a long time, with NBN refusing to liaise directly with homeowners and insisting they go through their individual providers.

“The NBN announcement on May 4, 2021, gave us some hope that we would be included in the upgrade from FTTN to FTTP,” Keele said.

“There has been nothing from NBN about the addresses to be included and no one has been able to find out any specifics about the proposed upgrade.

“Working from home, home schooling and studying from home have demonstrated there are severe limitations if there is more than one person in the household needing to use the internet for one of the above purposes before we use it for recreational purposes.

“Some residents have tried to have the situation improved over a substantial period of time but NBN always claims there is nothing wrong and often blames the customers’ equipment for any issues, even when it is brand new equipment and has been changed multiple times.

“We need to use an intermediary to contact NBN; they do not deal with customers as they are a wholesaler and customers must go through their individual providers.

“But the providers tell us that when they contact NBN they are told everything is ‘within limits’.”

Keele said he had experienced 952 disconnections in the past month, totalling more than five hours.

This is despite multiple equipment upgrades and a change of providers.

Acting on advice from his provider, Keele canvassed 92 houses in the area to confirm others were experiencing problems.

“Of those, 28 have responded and more than 80 per cent of them confirmed they are having ongoing issues,” he said.

“Additional residences could be interested but have no faith in being listened to and having the issues fixed permanently.”

Keele said he intended to make complaints through the Australian Communications Consumer Action Network (ACCAN) and the office of Senator Deborah O’Neill.

A spokesperson for NBN said a member of the team would get in touch with Keele to discuss the issues he is experiencing.

“We don’t currently have any issues raised by retail providers regarding these premises, but in the first instance, we have conducted some remote tests on the services which showed they were performing to specification,” the spokesperson said.

“NBN has committed to extending fibre deeper into communities across Australia to enable more premises to access higher speed services and effectively enable eligible premises to upgrade from Fibre to the Node (FTTN) to Fibre to the Premises (FTTP), on demand.

“So far, we have announced the suburbs and towns where approximately 1.4 million of the two million premises will be made eligible for FTTN to FTTP upgrades by the end of 2023, including parts of Terrigal.

“There are still further premises to be announced over the coming months.

“We’ve started the design and construction process, and during 2022 and 2023, we will update the ‘Check your address’ tool on the NBN home page (www.nbnco.com.au), enabling customers to check if their premises is eligible to receive higher speed tier plans.

“Residents are also able to register for email updates and will be proactively notified if and when a premises’ eligibility is confirmed.”