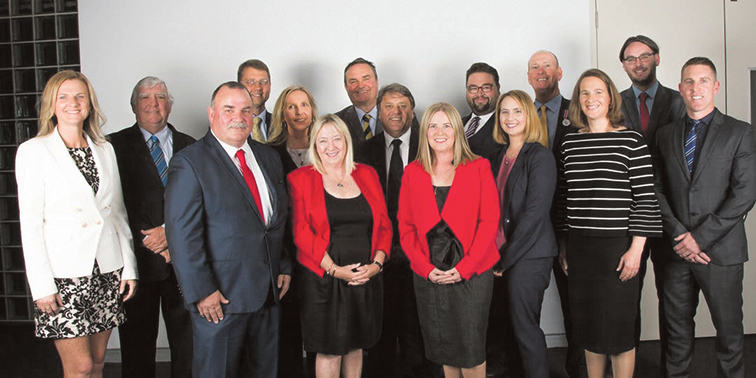 Suspended Central Coast councillors have no access to their Council laptops

Three suspended Councillors were questioned by Commissioner Roslyn McCulloch on Tuesday, October 5, and the public hearings were done and dusted by 2pm.

Wednesday’s hearings of the Public Inquiry into Central Coast Council will continue into the afternoon, despite only another three people scheduled to give evidence.

Those three are the first Mayor of Central Coast Jane Smith; the CEO at the time of the financial crisis, Gary Murphy, and long-time Councillor of the former Wyong council and of Central Coast Council, Greg Best.

Unlike last week where technical hitches saw the hearings abandoned at 9.30am on day two, the hearing, on Tuesday, October 5, was live and glitch-free with the Commissioner Roslyn McCulloch explaining the hearings had migrated to zoom.

McCulloch apologised for saying that a video of last week would be available. She said only audio was kept of last week’s proceedings.

She said she would make those decisions based on each person’s circumstances, the possible impact on their employment, and such things as their mental health.

Suspended Councillors Richard Mehrtens, Chris Holstein and Jeff Sundstrom were in the witness box yesterday with Mehrtens first to be questioned.

Ironically, despite this reporter watching every Council meeting since the Councillors were elected in September 2017, today the public heard more details about the Councillors than ever before and heard details for the first time on how things worked behind the scenes.

The Commissioner Roslyn McCulloch asked each Councillor their qualifications.

We heard Sundstrom was an electrician who had been a firefighter from 1991 until 2018.

Mehrtens was now working for a state utility and Holstein outlined his long career in local politics since 1991 including a stint as a Liberal State MP from 2011 for one term.

But he said he put his hand up for the Central Coast Councillor role well and truly as an independent and he had hoped his experience would be helpful.

Under questioning from the Commissioner, he said it didn’t work out that way, with politics and all the external events such as the fires and floods and COVID minimising his impact.

He said animosity between the Councillors after vigorous campaigning in the election campaign had spilled over into the chambers.

All the Councillors were asked questions about restricted funds, the decisions around Warnervale Airport and the performing arts centre for Gosford and their relationship with staff.

The common themes were that Councillors had no interaction with staff other than the Executive Leadership Team (ELT) and that they relied on the ELT to alert them to any matters of concern.

None of them spoke in glowing terms about any handover from the first Administrator, saying it was either non-existent or a getting to know you exercise.

Holstein said he thought the amalgamation period was rushed and more work was needed on processes and structures before the councillors were elected.

And he said the amalgamation costs were greater than expected.

In his written submission, Cr Mehrtens noted that Councillors were elected with a number of matters outstanding, including more than $300M in existing debt from the former Gosford and Wyong Councils, tens of millions of dollars in IT contracts, and merger costs in the hundreds of millions – a process “which is still ongoing,” he said.

“It was reckless to combine them without greater scrutiny in the first place and then assume that all such problems would disappear following the election of the new council.”

The first administrator Ian Reynolds, in his written submission, said he felt and “End Report” should have been made to the State Government.

“In my view, it would potentially be of use to Government to require an “End State” report in relation to a merged Council to assist the Government in managing the transfer to an elected Council and any residual issues arising from the merger,” Reynolds said.

He is listed to give evidence but no date has yet been made public.

The inquiry is scheduled to continue until October 15.