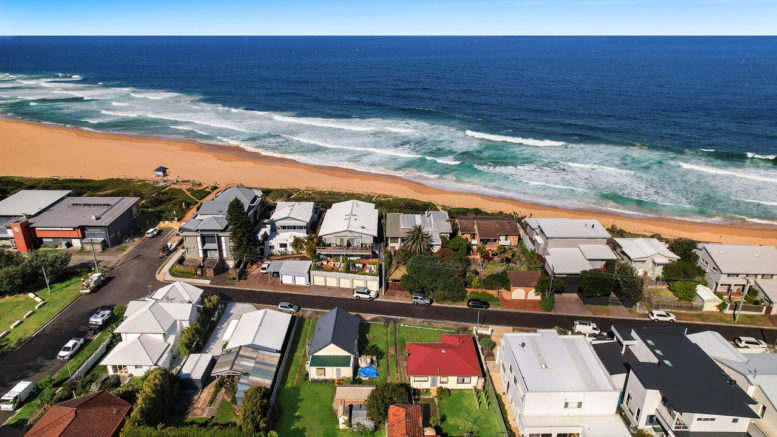 Two homes in Calais Rd, Wamberal, have sold for a combined total of more than $5.5M.

Di Jones Central Coast sold the two properties, neither of which has been on the market for more than 60 years, to families from Sydney looking for holiday homes.

An auction on October 9 saw adjoining 600sq m blocks at 14 and 12 Calais Rd attract more than 30 registered bidders each.

“The owner purchased Number 14 in 1952 and it was largely a preserved time capsule from World War II.

“He purchased the second property at Number 12 in the 1970s, with both blocks within a 100m walk of Wamberal Beach.”

“They were very hotly contested which could be seen in the bidding sequence of $100,000 increments through to the reserve prices for both properties,” he said.

Both purchasers intend to knock down the existing dwellings and build new holiday homes.

“The market is rising in Wamberal and is closing in on $1.45M median house price rapidly which is a rise of around 40 per cent,” he said.

“The attention for buyers has moved from Terrigal to anything close to the water and further up the coast to Blue Bay.

“We expect the flurry of activity will continue into the coming months with low stock levels and built-up buyer demand converging into perfect conditions for sellers.

“We know that buyers can buy with confidence in the current market because by the time they have settled they have already made money on the purchase.”