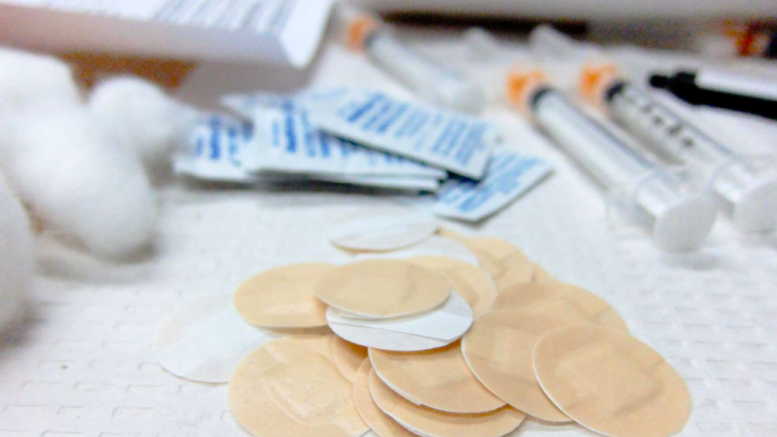 Less than 50 per cent of residents have received both doses of their COVID vaccine as we approach Premier Gladys Berejiklian’s September 13 promise of more freedoms for the fully vaccinated.

The Premier announced those fully vaccinated would be able to participate in outdoor gatherings of up to five people who live in the same LGA from September 13.

Approximately 70 per cent of Woy Woy Peninsula residents have received their first dose of vaccine but it appears to be young people who are continuing to miss out.

Young people are bearing the brunt of the Delta outbreak but they are being vaccinated at half the rate of the rest of the population according to NSW Health.

It’s an issue that Taine Tepua, a local hospitality worker and university student, is facing.

Taine said, as a worker at McDonalds Umina, he is concerned about being on the front line and exposed to the virus without a vaccine.

“There is a lot of confusion on ‘who’ different places are offering vaccines to.

“A lot of my friends have faced these struggles as well – one of them even said that they had been put on hold five time and each time they were told to call back later.

“I am concerned about being on the front line – we are facing adults who could possibly be carrying COVID-19 and aren’t actually being protected ourselves.

“Any adult with COVID-19 could unknowingly risk all of our workers and that adult could have the vaccine and be fine, but for us workers, we don’t have that protection.

“I have been given an option from Erina to get the vaccine possibly within the month – the clinic told me to call them back in two weeks to see if there is any availability.

“There is a lot of confusion for people who are aged 15+ working in hospitality and accessing vaccines.

“I don’t think it helps that we had been considered as a part of Greater Sydney, however where almost everyone can get vaccinated in Sydney, it’s very hard for us on the Coast to get vaccinated due to lower supply.”

Currently, students are eligible for the Pfizer vaccine if they are above 12 years old, and in a listed priority group according to NSW Health guidelines or are 16 years and older.

However there have been widespread reports from local parents that these appointments have been near impossible to secure.

Member for Gosford, Liesl Tesch, said “Young people are on the front line in the retail and hospitality industry and being forced to return to school for the HSC, yet the access to vaccines in our community is hopelessly disappointing to say the least.

“Young Coasties should not be forced to travel to Homebush or the Northern Beaches to access the vaccination.

“Many of our fellow Coasties have reached out to me concerned about their children and particularly our already resilient HSC students who have faced such a stressful year and want to get on with it yet can’t without the assurance of vaccination.”

Tom Schmaltz, school captain at Gosford High School, said he had also seen this disparity between young people on the Central Coast and his peers in Sydney.

“I’ve heard from my friends in Sydney that they are booking their appointments and getting the jab within days; up here some people can’t even get a booking,” he said.

“It feels like the Coast was reclassified as Regional NSW just so that the Premier could ignore us in the vaccine rollout.”

Be the first to comment on "Young workers feel left out"