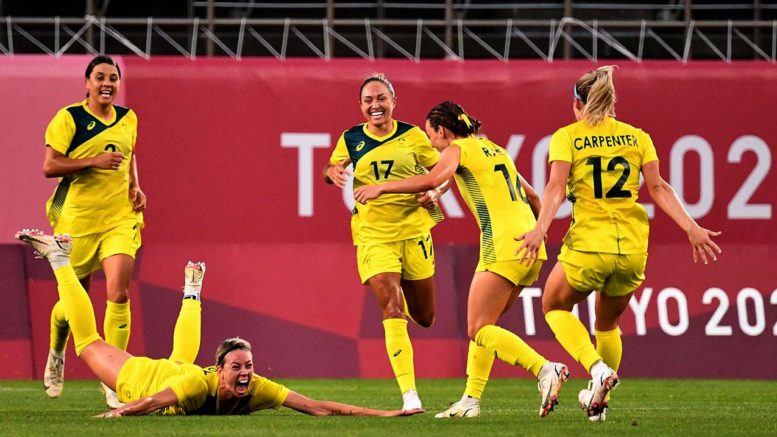 Central Coast Mariners have finally been tasked to develop a new female team for the nation’s highest level of professional football as the Australian Professional Leagues (APL) confirmed plans to fully harmonise the Men’s A-League with the Women’s W-League for the 2022/23 season.

The full scope of the APL’s design involves the same 12 A-League teams having corresponding W-League squads, requiring the Central Coast, as well as Wellington Phoenix and Western United FC, to make all the necessary preparations.

This will involve the introduction of a new Club Championship competition combining the results of both the men and women seasons.

It will also include the addition of a Preliminary Final in the W-League Finals Series as the league grows from nine to 12 teams.

The news has been heralded by the Mariners with excitement – they immediately confirmed plans to enter the W-League the season before the 2023 Australia and New Zealand FIFA Women’s World Cup.

The club have also announced their submission to be nominated as a base camp for the World Cup which would result in a national team being headquartered and trained on the Coast during the competition, if successful.

Both achievements could have a monumental effect on the local women’s football scene, increasing grassroots participation and development and seeing facilities upgraded to meet international standards.

It would align with Football Australia’s World Cup ‘legacy’ initiative to achieve a 50:50 gender balance for Australian footballers of all levels by 2027.

Mariners Chief Executive Officer, Shaun Mielekamp, said his team’s inclusion in the W-League was a necessary step to ensure infrastructure requirements were met ahead of the Women’s World Cup.

“The time is finally here after years of hard work, dedication, research and progress for the women’s game on the Coast,” Mielekamp said.

“The opportunity is now right there for us to take advantage of, and the barriers of our past proposals no longer exist.

“Our intention to enter the 2022/23 competition is also to ascertain that we have prepared in the correct way, to confirm all the boxes are ticked, stakeholders are consulted, and funding and resources are secured, ensuring that this is not a rushed process.

“We are adamant that our W-League team will require and use all the resources provided to them, in parity to our A-League team and the standards we uphold for them.

“This will take time as we will have to secure and confirm the correct training and playing facilities, as well as securing significant sponsorship and funding to ensure that the team is prepared and highly competitive in the W-League.

“Making this formal submission of intent is a huge step for the club and I look forward to working extremely closely with the APL to ensure that our strategy and submission to enter into the W-League is one of the most exciting and successful expansions ever made by the league.

“I know our community is ready and this is also fundamental to the long-term security and stability of the club on the Central Coast.

“The APL will not take the decision lightly and the reality is, we will have to prove without any doubt to them and the entire football community that we have the funds, resources, talent and infrastructure to deliver.”