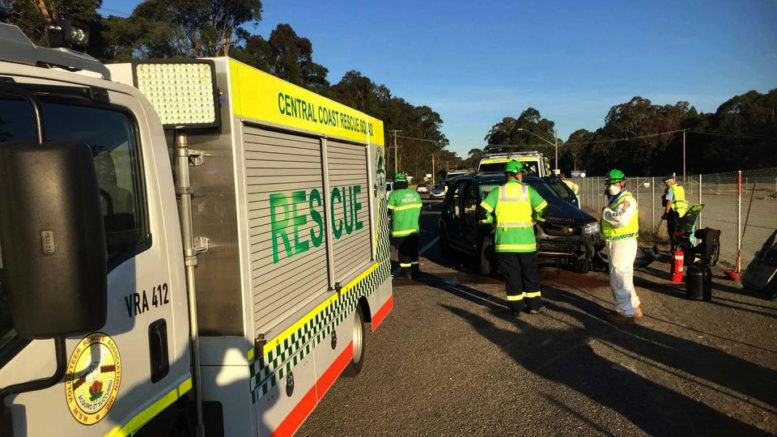 The Westpac Rescue Helicopter was called in last Tuesday afternoon to take an injured woman to hospital following a car crash at Warnervale.

At 4pm on August 31, Ambulance NSW received reports of a serious accident on Sparks Rd in which a heavy vehicle and an SUV had collided and a woman was trapped in the SUV.

Rescue crews from Central Coast Volunteer Rescue Squad and Warnervale Rural Fire Brigade were on the scene to help remove the driver’s side of the vehicle and assist ambulance paramedics in removing the driver.

The 30-year-old woman had serious head and chest injuries and was treated at the scene before being extracted from the vehicle.

She received further treatment on-site and was stabilised by the helicopter critical care medical team prior to being flown to John Hunter Hospital in a serious but stable condition.