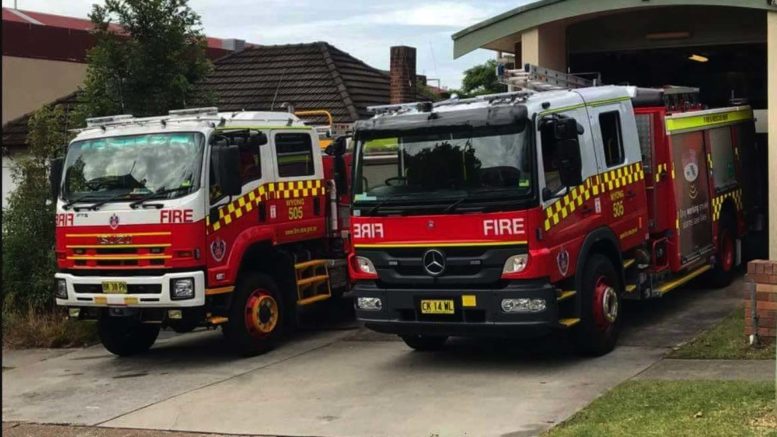 The Fire Brigade Employees Union (FBEU) is calling on community support to save Budgewoi and Wyong Fire and Rescue NSW stations being taken temporarily offline during periods when they are short of staff.

State Secretary of FBEU, Martin Dixon, said taking any fire station offline deprived a local community of a critical emergency response, leaving any response up to fire stations from further away and reducing the number of fire trucks at any incident.

He said the proposal by Fire and Rescue NSW (FRNSW) was being fought by the Fire Brigade Employees Union in the Industrial Relations Commission.

“At the moment, fire stations without sufficient safe crewing levels are supplemented by other firefighters at overtime rates, which is necessary to keep our communities safe.

“Staffing shortages can be avoided by fixing the critical understaffing and underfunding of the service.

“The union for professional firefighters in NSW, the FBEU, is fighting hard to stop this proposal through every way possible, including through the courts, but we need the help of local communities to fight it.

“We encourage people to write to their local State Member of Parliament, write to the Minister for Police and Emergency Services, write to the Commissioner of Fire and Rescue NSW, and make your voices heard.

“We want people to let their family and friends know that this government wants to shut down their local fire station, depriving them and their community of a critical emergency response if anything goes wrong.

“Most importantly, we need the community to support our local firefighters who are, of course, at the centre of this proposal.

“They are doing their best to maintain this vital service, and their employer wants to throw them aside and allow their local community to be exposed.

“We encourage people to apply for positions at their local Fire and Rescue NSW stations if they’re recruiting and be sure to thank your local firies for their exceptional work in the community,” Dixon said.

Deputy Commissioner for FRNSW, Jeremy Fewtrell, said FRNSW was committed to keeping communities safe and used a risk-based approach to manage the readiness of its emergency service delivery.

“FRNSW has an established procedure of managing all of its on-call fire stations, and the practice of taking fire trucks temporarily offline is partly a result of changing demographics, improvements in technology, and a more modern understanding of fire safety and risks.

“Under FRNSW’s risk-based approach, which was formalised in conjunction with the FBEU in 2008, a fire truck is only temporarily taken offline when there are more than sufficient resources in the area to respond to emergencies.

“These decisions are based on data including ongoing incident response coverage of the area by other nearby appliances.

“Each fire truck and its
crew is a mobile resource available to respond wherever it is needed.

“FRNSW’s network of coverage is managed centrally from communication centres and is able to provide rapid emergency response based on the fastest available resource, independent of fixed fire station locations.”

Deputy Commission Fewtrell said the needs of the community were always taken into account when making a decision to take an appliance offline.