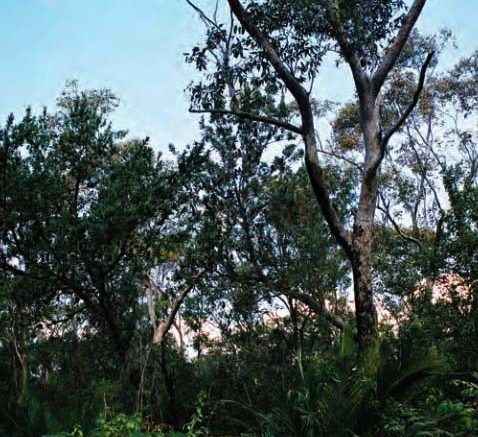 The Protection of the Environment Trust (POET) has recommended the release of $41,730 to Central Coast Council to conduct work to protect endangered Umina Coastal Sandplain Woodland (UCSW).

It is understood the latest meeting of the POET Management Committee was given a presentation of the works Council intended to use the money to complete but those details have not yet been made public.

Administrator Rik Hart accepted the recommendation and moved to release the money as a resolution of Central Coast Council at the September 14 council meeting.

Hart said he had received a request from the public for the release of more information about how the money would be spent and that he had passed that request on to staff.

“This was supplementary to a report previously provided to members that included a 10 Year Plan for proposed works.

“Members endorsed the works program proposed for 2021-22 financial year and agreed to revisit the 10 Year Plan next financial year, with consideration of endorsing the full program for remaining years.”

The Umina Coastal Sandplain Woodland is an Endangered Ecological Community which is unique to the Central Coast region and especially to the Woy Woy Peninsula.

A 2007 Restoration and Rehabilitation Management Plan produced by the then-NSW Department of Environment and Climate Change described UCSW as “extremely limited in extent, consisting of only approximately 14ha, scattered across small and isolated patches.

“Threats to the community include clearing for development, weed invasion, fragmentation, lack of knowledge of the significance of the community and too-frequent fires.”

Areas of UCSW near the Umina Oval and in Burrawang Reserve, bounded by Hillview Street and Railway Street, Woy Woy, have been significantly neglected since the formation of Central Coast Council in 2016.

The USCW had been identified and described as early as the 1950s and the former Gosford City Council had attempted to restore and rehabilitate several remnants of the EEC.

Administrator Hart also adopted the POET Management Committee recommendations to approve release of a further $9,000 from funds held in the Trust to Council to be spent on the Scenic Road Bushland Reserve Offset Area “for the endorsed works in the 2021-22 financial year”.

Another $200 from the trust will be spent by Council on geo-targeted ads on Facebook to encourage community groups to apply for POET grants to spend on worthy local environmental projects.

The POET committee’s final recommendation, also adopted by Hart was a $15,640 grant to the Community Environment Network to be spent on Friends of COSS workshops.