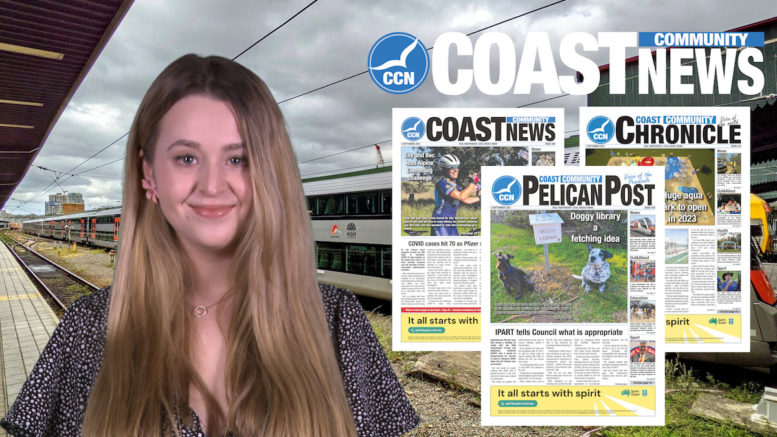 This is CCN’s weekly news 5@5 September 3, 2021. With eight new confirmed positive COVID-19 cases on the Coast today, there has been fresh calls for vigilance after a number of exposure sites were listed in Gosford, Wyong, Wyoming and Bateau Bay. That brings the local tally of cases to 78 since this delta wave commenced on the coast in mid June. The full list of exposure venues and dates can be found on our website.

With less than two weeks until further freedoms will be offered to those fully vaccinated, and with less than half of Central Coast residents having received their second dose..

Labor MPs have called on the State Government to introduce test and isolate payments on the Central Coast as the region records its 78th local case since the start of the outbreak.

New intercity trains, called the Mariyung Fleet, have received the final tick of approval to start carrying rail travellers on the Central Coast and Newcastle line.

The Westpac Rescue Helicopter conducted a rescue on Wednesday from on board the bulk carrier Sweet Melissa, anchored 20 km east of Terrigal.

Woy Woy’s Soul Food Cafe is trying to unite the Peninsula community during lockdown.The ‘Pay It Forward’ wall has been feeding those doing it tough at the moment.

Exciting news breaking today with the announcement of the Mariners’ plans to fully harmonise  the W-League with the A-League by the 2022/23 season.

All of these stories and thousands more can be found on our website without a paywall or in this week’s Coast Community News, Coast Community Chronicle and Pelican Post.

To finish off this week, we leave you with up and coming local band Winerborne’s mocumentary film called ‘Revolutionary Film’, and it’s not what you’d expect. Look out for the full interview in next week’s AMPED online interview.