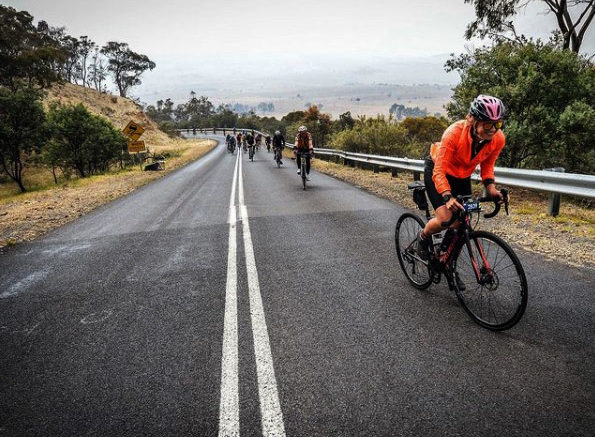 Residents of Terrigal, Avoca and North Avoca should be on the lookout for six cyclists streaking past their homes on Sunday, September 26, as six Central Coast riders undertake their first team fundraising event in the lead-up to the major Alpine Everesting challenge to take place early next year in Victoria.

Organised by Erina-based Dr Elly Warren, Alpine Everesting will see around 30 cyclists from all over the country meet in Victoria to ride more than 500km in 36 hours, to a height of 10,000 metres, reaching an elevation even higher than Mount Everest on January 21-22.

The event will attempt to raise $50,000 for cancer research, with the aim of funding the employment of a specialist Aboriginal and Torres Strait Islander support worker, hopefully to be based on the Central Coast.

Warren conceived the idea of the event with friend Bec Hoschke, whom she met on Tour de Cure rides, and said the six Coast riders who are part of the team intended to ride every street of the three suburbs on September 26.

“At least four of us will do the ride, and hopefully all six of us,” she said.

“We have mapped out a course and will ride in pairs or solo in a COVID safe way, but we will all be riding the same streets over the day.

“We intend to tackle every street, and every hill, in those three suburbs.”

The riders will set off from Terrigal Surf Club at around 6am and expect the mammoth cycle to take around nine hours to complete before finishing back at the surf club.

“We expect to ride more than 120km on the day with lots of vertical climbing,” Warren said.

“We are all strong riders who have been cycling throughout winter, finding lots of hills to ride up around the Coast.

“This will be an amazing training ride which will take lots of stamina.

“We are hoping to raise $1000 each to kick start the Alpine Everesting fundraiser.

“If we surprise ourselves and finish early we might also tackle Copacabana.

“We’d love the local community to get behind us.

“It would be amazing if people would wave to us as we go by or leave out signs of support.

“And, of course, we are encouraging Coasties to donate to our fundraising page.”

Along with Warren, other Central Coast riders are: Gosford Hospital emergency doctor, Amy Yeoman; triathlete, Jess Mitchell; police officer Jasmine Lamont; and triathletes Jen Ryan and Terry Kennedy, who will be the only male member of the Coast contingent.

You can donate to the fundraiser at alpineeveresting.com.au.

Behind the scenes of fire and rescue