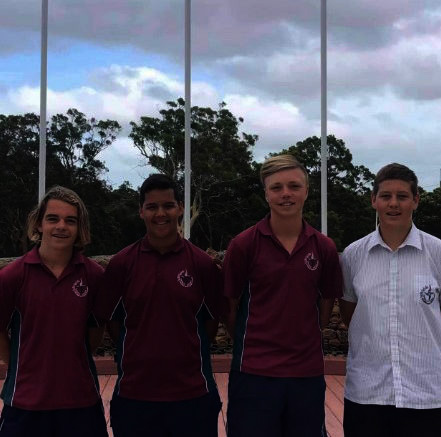 Ken Sellers of The Entrance SLSC was named Official of the Year and The Lakes SLSC took out the Rescue of the Year award for an incident involving Nippers and off-duty members who carried out a mass rescue of 18 people at Soldiers Beach, Norah Head, on November 27 last year.

The rescue began at about 6:30pm when 14-year-old Ben McCulkin saw a number of people caught in a fast-moving rip sweeping them out to sea.

As youth group members, aged between 12 and 15, shouted for help and struggled in the one metre swell, which was pulling them into deeper water and closer to sharp rocks along the northern headland, Ben swam out and managed to get three people to safety before making his way back out to the group and retrieving another four people.

Brayden Hawkins, 15, and Johnny Walker, 70, also quickly made their way to the rocks where some people had been washed up and helped them to safety on the beach.

Another Lakes Beach SLSC member, Dave Solman, and some members of the public who were strong swimmers used a race board and immediately paddled and swam out to four swimmers in distress, who were also safely taken back to the shallows where teenagers, Daniel Leahy and Cooper Sweeney, helped guide them to shore.

Dave and Ben returned to the water to retrieve the remaining two people, a 12-year-old in distress and an adult who had gone to the aid of the child.

Once the 18 people had been safely returned to the shore, the lifesavers rendered first aid for the many cuts, bruises and abrasions from sharp and slippery rocks.

With the awards ceremony impacted by COVID-19 restrictions, a Facebook premiere event looked back with great affection and appreciation on the efforts of the past year with members from all over the state tuning in to see who would take home the coveted awards.

President of Surf Life Saving NSW, George Shales, said the nominees were outstanding this year and that judging panels had their work cut out for them.

“With a membership of more than 75,000 in NSW, we have no shortage of amazing volunteers we need to recognise and it is extremely difficult to choose just a handful of people who have gone above and beyond in the last season,” he said.

Shales said the virtual awards presentation was a great success and, while a number of worthy winners were announced, it was a great opportunity to recognise the collective efforts of volunteers across the state.

“There’s no doubt we’ve had a tough season,” he said.

“What (the presentation) articulated though, is the success despite the difficulty of the pandemic.

“Having the ability to provide the public with the opportunity to visit the beaches throughout last summer was a great success, and when I look at the results achieved by Surf Life Saving NSW, I’m really proud.”

Many of the NSW award winners will now proceed through as finalists for national recognition at the Surf Life Saving Australia Awards of Excellence in November.