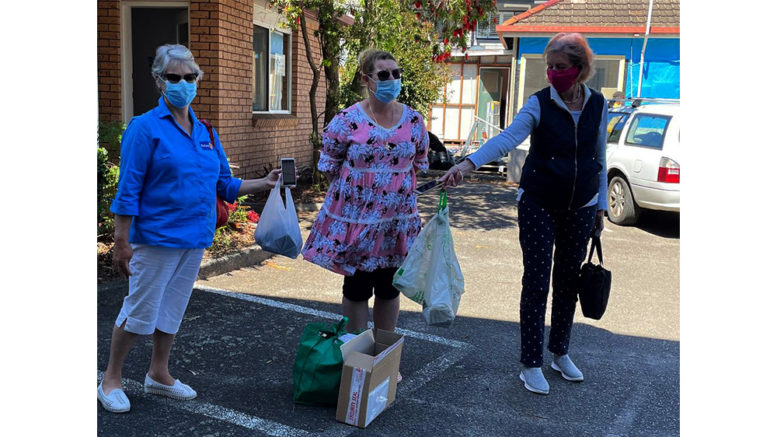 Rotary Brisbane Water has been donating old mobile phones and laptops to Ettalong-based charity The Peninsula Lighthouse to assist those fleeing domestic violence.

“Being able to communicate with family, friends and social services safely is something many of us take for granted,” said Rotary Brisbane Water Club President, Cherie Simpson.

“For those fleeing domestic violence, with perpetrators able to track victims through their phones and laptops, that freedom is curtailed, putting them in danger even after they have fled their homes.”

Simpson and Vice President, Jayne Mote, handed over seven phones and one laptop to the Lighthouse CEO, Natasha McDowell.

“And there will be more to come,” Simpson said.

“We are appealing to anyone who has an outdated and unwanted phone or laptop to donate to us so we can pass them on to the Lighthouse.”

McDowell said the phones and laptops would be cleaned and set up for use for domestic violence victims who could no longer use their existing devices as they faced cyber-bullying from their perpetrators, as well as their whereabouts being easy to track.

“There has been an increase in domestic violence cases during COVID lockdown so more help is needed for people to stay safe,” McDowell said.

McDowell asked those who wanted to donate their old devices to check if it has video teleconferencing capabilities such as a working microphone and camera, and an uncracked screen.

The Lighthouse “guides people through the storm” of trauma and abuse with counselling, practical help and referral to appropriate agencies.