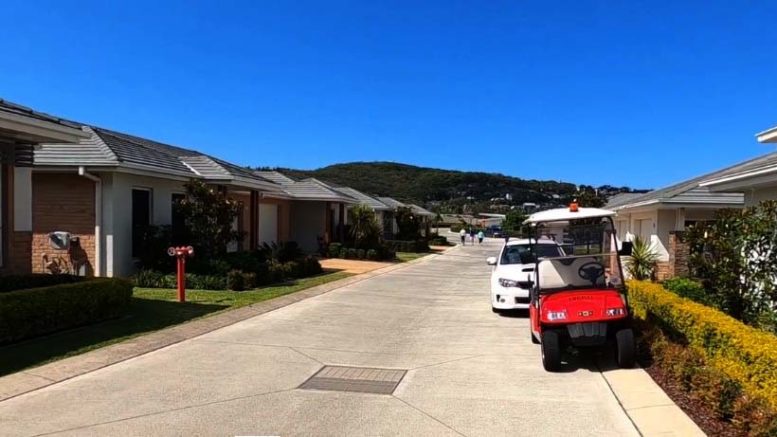 A retirement village at Forresters Beach

In July the Minister for Better Regulation and Innovation, Kevin Anderson, announced comprehensive retirement village reforms to increase accountability and transparency from operators about management costs and fees for services, as well as improved access for residents to “exit entitlements”.

Previously, vacating residents could wait years for their units to be sold by the operator before they received their exit entitlements.

Under the reforms, if a resident vacates a unit and it remains unsold after six months in areas classified metropolitan, or 12 months in regions, residents will be eligible to receive their exit entitlements if the village operator has not taken reasonable steps to facilitate a sale.

RVRA President, Jim Gibbons, said because of a bureaucratic mistake, the Central Coast and Lake Macquarie were omitted from regulations to the Retirement Villages Act 1999 which required operators to collect data on village vacancy rates every six months.

He said this was because the two locations were identified as regional areas and therefore subject to 12-month buyback requirements, compared to metropolitan areas having a six-month buyback provision.

“Retirement village residents in the Central Coast and Lake Macquarie were shocked earlier this year when regulations were issued which have disadvantaged them because someone in government had arbitrarily decided that operators should be given up to 12 months before being held to account,” Gibbons said.

Original consultation documents provided by the Minister listed the Central Coast as a metropolitan LGA which meant a six-month period before an exit entitlement could be claimed.

“The Minister has heard the protests from the RVRA and residents in these LGAs and has acted sensibly to resolve the issue,” Gibbons said.

Minister Anderson said the NSW Government had always engaged in extensive consultation with both retirement village residents and operators and would continue to do so.

“When we embarked on our reforms no data existed that gave us an accurate picture of the sale times of retirement village units across NSW,” he said.

The data collected will reveal information about vacancies and the time it took to fill them.

Gibbons said this would be important because it would influence the time it took for departed residents to be paid out their exit entitlements and protect them from
unreasonable delays.

“Until now, there has been no data available to inform rational decisions about how quickly village operators should be required to return monies they owed departed residents.

“The current rules are based on guesswork and now this will change and retirement operators across NSW now have to provide the vacancy data.

“There will be 18 months of data collection and I am sure it will show Central Coast and Lake Macquarie being among the most vibrant retirement areas in NSW,” Gibbons said.

There are 43 retirement villages on the Central Coast with more than 8,000 residents and major plans for more.