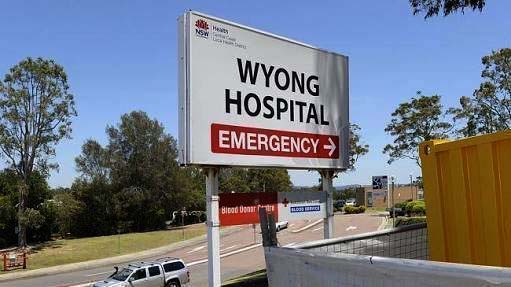 There is mounting evidence of community transmission of COVID-19 in and surrounding the Lake Munmorah, Charmhaven, Bateau Bay and Toukley communities and people who live or work there are urged to be extra vigilant and get tested.

There are at least 29 suburbs on high alert in the northern area where the list of exposure sites grows longer and longer as the number of Central Coast COVID cases escalated to 130 on Tuesday, September 7.

Many of those cases have been infectious while out in the community and some were linked to known cases, while the source of the infection for others is still under investigation, causing concern from health authorities that there were unknown infections within the community.

Brooke Avenue School at Killarney Vale was closed on Tuesday, September 7 – the fourth school in the past month to close because of COVID exposure.

There were about 60 students on the school grounds that day.

The school grounds, including the on-site YMCA Out of School Hours (OOSH) program, will remain closed until contact tracing and deep cleaning is undertaken.

NSW Health has reminded families that children should stay at home unless they absolutely need to attend school, such as if they are the child of an essential worker.

Anyone who was at Wyong Hospital’s emergency department waiting room on Thursday, September 2, between 8:45pm and 11:50pm is considered a close contact and must get tested immediately and isolate for 14 days, regardless of the results.

Meanwhile, the number of locals not following the stay-at-home orders is also surging, with police issuing 422 fines since Operation Stay At Home began on Monday, August 16.

Tuggerah Lakes Police have given out 173 fines and Brisbane Water Police 249, with common offences being failure to wear a mask and breach of the two-person outdoor exercise rule.

Five on-the-spot fines were issued to Sydneysiders who travelled to the Central Coast without a permit.

Defence personnel have also been deployed to the Central Coast and are assisting police with daily welfare and compliance checks on the hundreds of locals that have either tested positive or are close contacts.

Parliamentary Secretary for Central Coast, Adam Crouch, urged anyone with information regarding individuals or businesses contravening the Public Health Orders to report it to Crime Stoppers.

“We need 100 per cent of people on the Coast to follow the rules because it only takes a few people doing the wrong thing for the Delta strain of COVID-19 to rapidly spread.

“I’m disappointed that everybody who is following the rules, getting tested and getting vaccinated is being let down by a small minority of people who think they are above the law,” Crouch said.

1 Comment on "Residents in 29 suburbs urged to get tested"