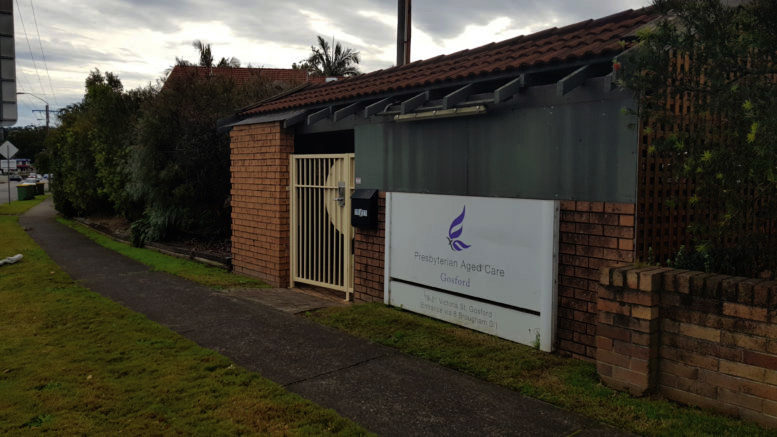 Residents of Presbyterian Aged Care (PAC) at East Gosford are pushing for more information on the planned sale of the facility as concerns escalate over their options for future accommodation.

Resident spokespeople Stephen Pugh and John Carblis have written to PAC outlining the extreme stress being felt by residents of the facility’s independent housing section, after nursing home residents were relocated to Peninsula villages at Umina recently.

PAC announced its decision to sell the facility in June and promised to help find alternative accommodation for its 74 residents, comprising 39 nursing home residents and 35 people living in independent villas.

General manager of the NSW Presbyterian Church, Jeoffrey Falls, said at the time PAC would reach out to other social welfare and affordable housing providers on the Coast to provide affordable housing and welfare services and would continue working with residents.

But Pugh said communication since had been non-existent, with residents pushing for a sale to a buyer who will keep the facility as a going concern and not put the rents up to an unaffordable figure.

“When you have many octogenarians in the independent housing section, who once believed they were safe and sound for the rest of their lives, now extremely upset and worried about their future, you will realise they are under extreme stress,” the letter to PAC said.

“We do not know what is happening, except that some of the maintenance staff have been given notice.

“As you can imagine, this puts more pressure, and the anxiety level rises tremendously.

“Of course, being independent tenants (we) have nobody in aged care to support us in our plight – not the government, not the church and not the PAC.

“We are basically on our own and we get little or no feedback from Mr Falls.”

Pugh said residents need weekly feedback on how the sale process is progressing.

He said residents were advised of the proposed sale on June 16, after being informed on April 27 that the facility would continue for at least 10 years.

He said the news came at a time when rental properties on the Central Coast are extremely expensive and the availability of rentals is the lowest it has ever been.

“The whole situation has brought great anxiety, frustration and the fear factor here among elderly people to a point of despair (and) follow up by the PAC has been poor,” he said.

Repeated attempts to contact PAC for updated information on the sale process have proved unsuccessful.